It was one of those days:)  Joe and I had to have bloodwork done for our medical insurance this morning at his office.  The boys though had Agility Angels tonight.  I had no desire to make two separate trips to Toledo (almost an hour one way) today.  So I decided to leave him at the office to work and then the kids and I just kill time all day playing in Toledo.  I think I succeeded.  I am sooooo tired though!!  They should be, but only 1 of the 4 is asleep!!
First we went to an inflatable play area in Sylvania, Ohio called Playland.  There were jungle gyms and inflatables set up.  We met our friend Amelia there for an hour of play. 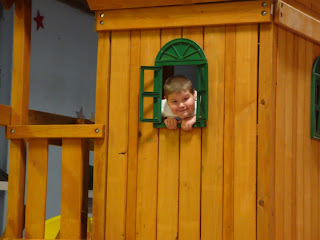 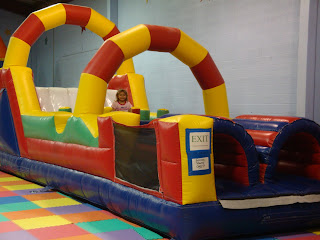 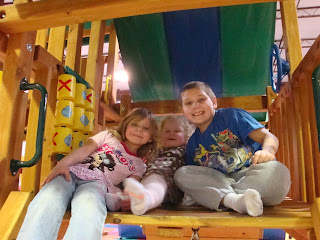 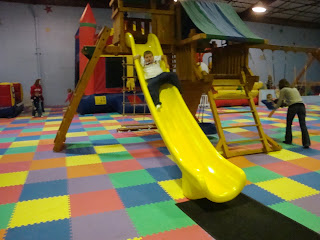 Lots of running space and room for loud noise...which was perfect, because they were loud!! 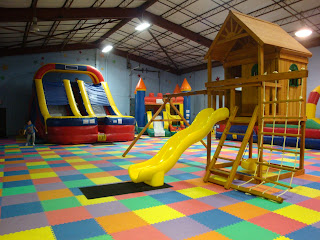 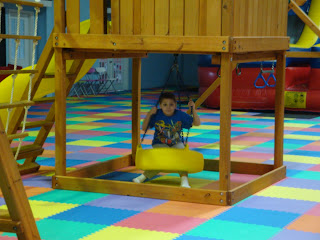 Then we had lunch at the nasty M's......so tired of McDonalds too.  Then we picked daddy up lunch at Chipolte and dropped it off to him.  Then it was errand time.  First we went to the Girl Scout shop for fun patches and then we stopped at our friend Betsy's house to pick up our Zoo project.  (We are taking a homeschool program monthly at our zoo.  We missed class because of the icy roads on Friday.  They were nice enough to pick up our materials for us!).  We stayed an played almost an hour there.  It's soooo fun at Betsy's house!  Lots of toys to play with:)

Then we went to the Toledo Science Museum, Imagination Station.  Haven't been in a while.  We bought a membership, but haven't been.  We always use our membership in Tennessee to visit all the museums on the reciprocal progam though.  I promised the kids more trips to Imagination Station though...they had a lot of fun exploring.  It was not overwhelming because there was barely anyone else there!  It was great.

We crawled around and put all the balls into to be separated.  It was fun.  Brayden was so proud to "release" the energy. 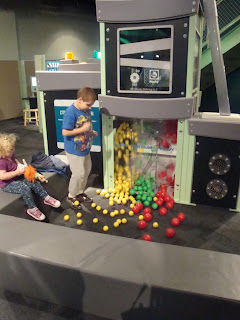 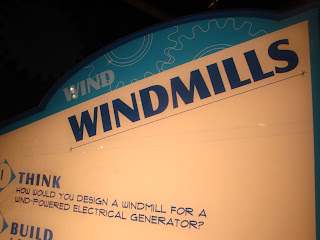 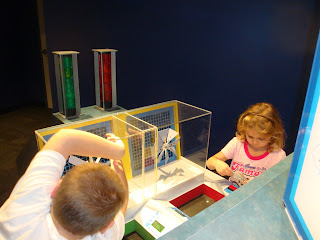 Brayden was tall enough to play on the motion/energy machine. 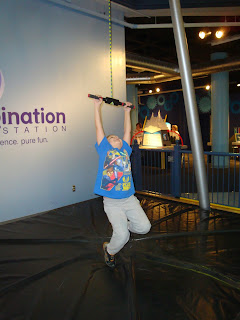 They worked together to work the conveyor belt. 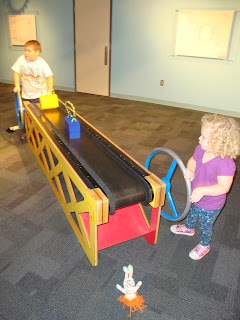 I have more pics I will include in weekly wrap-up.  It was fun.  We only went to about a 1/4 of the museum today.

Then we picked daddy up from work.  There was just enough time to get to Agility Therapy in time.

The boys have the opportunity to participate in a therapy program that encourages language, physical movement and social skills.  It really helps to build their confidence also.  Our dr. recommended it and they have been involved for a while.  They are making gradual improvement in "training" the dogs how to go through the obstacle course. 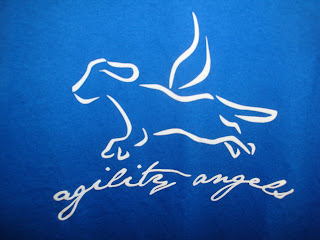 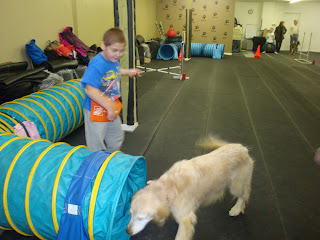 Heading for the table in the background. 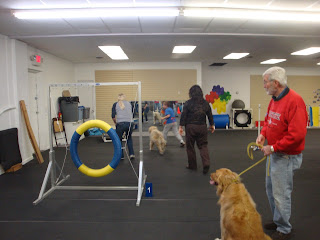 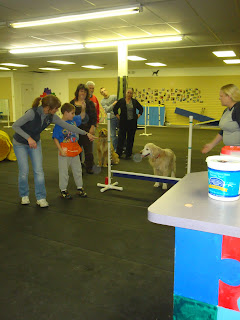 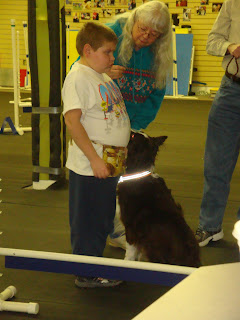 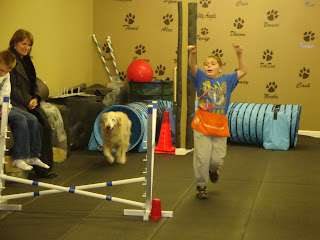 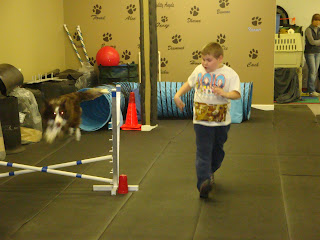 Ok...Joey in true form was off the wall with some of what I consider "inappropriate toliet humor".  Mr. Fred though was playing right along.  Mr. Fred is Joey's Agility Coach.  You can see him in the background sniffing Leland's butt.  Yes....the bet was if Joey finished his course work, then Fred would sniff Leland butt.  Fred kept his end of the bargain....I think we may have to separate them! 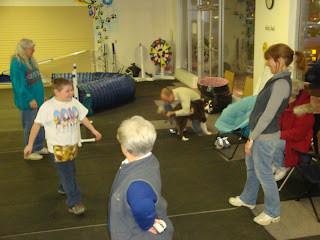 Then it was more take-out....it was such a bad nutrition day!  I felt so bad letting them eat out all day.  They had Arby's for dinner.  My goal is no take-out until Saturday (they have an away Basketball game).  And then we leave on vacation for a week!!  So excited.  We are going to Kalahari Water Park in Sandusky Ohio.
Now it's time for homework (for mommy) and bed.  We have a rescheduled dr. appointment for the boys med checks.  The dr was sick on Monday and their appointment had to be moved to Wednesday.  The can't miss tomorrow because we are running low on pills.  Then Science Jim class and more basketball practice in the afternoon.  It will be busy.  Looking forward to not leaving the house on Thursday!!!
﻿
Posted by MommyKuehner at 9:50 PM