﻿
We returned to Europe for the next few weeks.  (We temporarily studied Chile last week for World Travelers Club.)﻿  This week we visited Greece.  Our Globe Trekker DVD did not make it in time from Netflix, so we went back to watching YouTube this week.
We read about Kombolói or Greek Worry Beads.  We learned that these are very popular and DO NOT NEED to be swung, but if it is safe and you will not hurt anyone...you may.  They are merely an instrument of relaxation and stress management.  Komboloi are constructed from any type of bead, although amber, amber resin (such as faturan) and coral are preferred, as they are thought to be more pleasant to handle than non-organic materials such as metal or minerals.  So we made our own:
We learned:

The flag of Greece has a cross which represents the Greek Ortho-dox church which is the prominent religion of Greece. The blue color repre-sents the sea which provides for a major portion of its economy. The white represents the waves on the ocean. The nine stripes are said to represent the number of syllables in the Greek saying ―Eleutheria H Thanatos‖ which trans-lates as ―Freedom or Death!‖ This was a battle cry during the revolt against the Ottoman Occupation 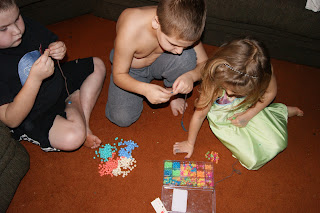 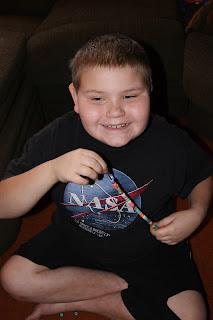 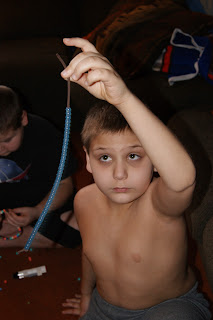 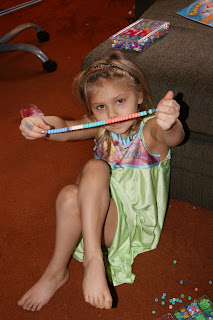 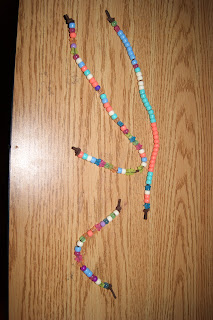 We also read some Greek Mythology, specifically on Hercules.  While we were stringing beads, we watched the Disney version of this movie. 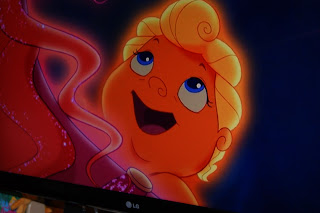 We didn't have a fancy meal this week, just basic hummus.  I got a little fancy since I was out of chips/crackers, I cut bread into small shapes with cookie cutters and then broiled it in the toaster to create our own mini-crackers.  The boys refused to try it.  Lydia likes it.  Caty loved the bread, but didn't care for the hummus. 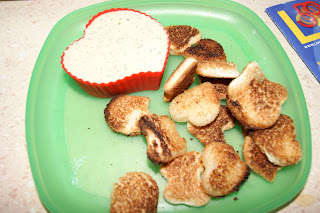 ﻿We have a large amount of field trips next week, so we will be doing a review of Europe so far.  I have borrowed ideas from many different blogs on how to create a Continent box for the kids to study.  We will be getting this box out along with maps and just review all European countries we have already looked at.  I'll post pics of the continent box tomorrow.
Posted by MommyKuehner at 10:28 PM