We live in Northern Ohio....most of which used to be an area called The Great Black Swamp.

There was a time when the Black Swamp covered all or part of twelve Ohio counties and stretched far into Indiana. The whole area was made up of water meadows, mud flats, and stands of oak, sycamore, and hickory trees. Thick fields of high, aquatic grasses made a day's work of walking a couple miles. Hidden pools of water and deep mud made the journey dangerous and even deadly.

Though Toledo was just outside the boundaries of the Black Swamp, it was still just a dry spot in a big marsh. The early settlers dealt with damp and disease every day. They also had to deal with a constant chorus of frogs. The noise was so ever-present that people started calling Toledo "Frogtown".

Our area has this wonderful family musuem to visit and play at, and guess what....as homeschoolers we felt we had to visit this really cool place.

The owner was soooo nice today.  The kids turned the place upside down.  Did I mention almost all of the items can be touched and played with!??!?  The kids had alot of fun playing with their friends and with all the frogs. 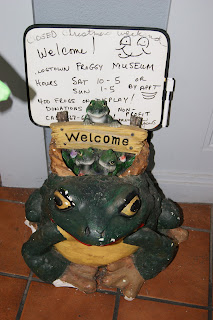 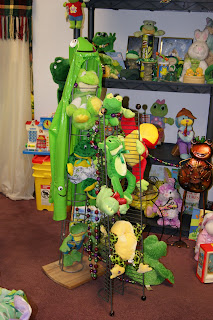 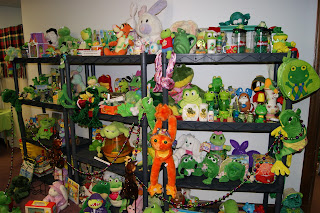 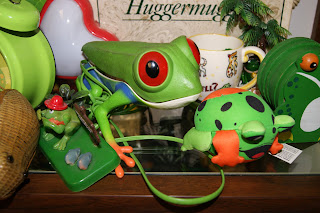 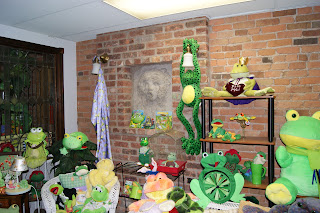 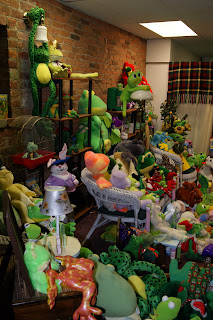 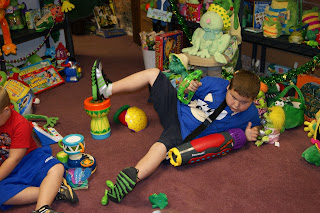 Lydia had fun with the instruments too.... 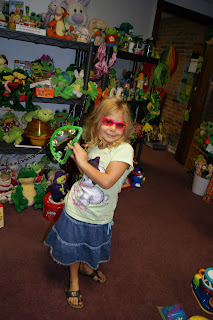 The kids had fun playing with all the games and toys and hearing stories. 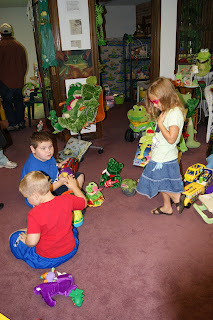 On the drive home, Lydia said, "When you said Frog Museum, I thought you were going to make us look at a bunch of frogs like a stuffy old museum.  That would be fun....but this was AWESOME."   I guess we have two unbelieveable Mondays in a row!!!  Definitely be visiting this museum again.

Linking up with Anna-Marie's Field Trip Blog Hop...see what other homeschool families are doing.....

Posted by MommyKuehner at 3:00 AM