We had a 3 day school week this week.  I have been working on that approach for a few weeks now.  They like having most of Thursday and Friday off, except for reading.  Sometimes our work extends into Thursday, depending on the project.  But usually only a couple hours.  I have been experimenting with this approach versus a full vacation.  They do not recover well from full vacations, so I think we are sticking with this for the next few months.

This week in our American History we learned about the Virginia Colony and Jamestown.  Of course we learned about Captain John Smith and Pocahontas also.  The girls and I built a model of Jamestown based on what we saw in this Scholastic book.  We also watched the movie Pocohantas which is much more accurate than the Disney version.  They used different sized popsicle sticks to finish this. 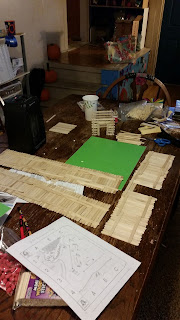 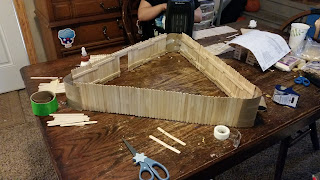 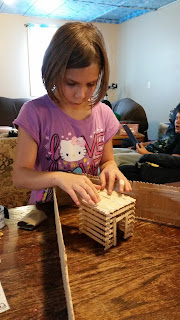 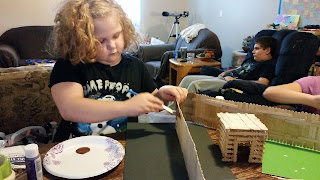 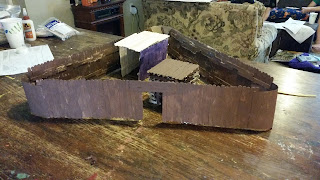 The more levels we are adding to our webpages, the more confusing it is getting for the kids.  This week they learned how to add images, videos and make a 2nd page.  It was a little more difficult to teach because I was flipping between 3 of the kids trying to help check the code they were typing in.  I had my laptop screen displayed on our big screen TV, but they still had some errors to work out.  The HTML is very frustrating to Brayden.  I know he can do it, but he is choosing to fight with me.

Kentucky was our state this week.  We made these Kentucky Hot Brown Sandwiches for dinner one night.  I made a dairy-free version for Joey and we used turkey bacon.  Joe said it was really good. 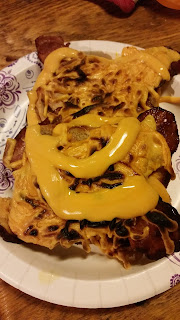 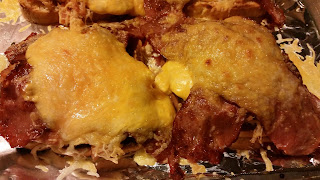 I feel our poor president didn't get as much.  But we did learn more about John Tyler.  Poor guy was just thrust into the presidency.  So many kids and the loss of his first wife.  Battling against the former president's cabinet choices.  He had a rough presidency.  He was the first president to get married in the White House, and I'm sure the 23 year old bride helped make his pain go away.

Caty worked on double digit addition without and with regrouping.  She did very well on this.  She almost has finished her first set of Bob Books and I would say about 90% accuracy.  She is struggling and the more words on the page is making is more difficult.  Plus she keeps forgetting to use her sounds.  But a few things are clicking in place for her.  She enjoyed the Jamestown project this week.  She also did a cool art project with tissue paper circles.  It was not exactly what I told her to do, but I guess that is art. 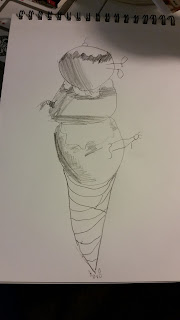 Lydia started a drawing class online.  She is the only one who truly loves drawing, but the other kids will do projects also.  I purchased it from the Homeschool Buyers Coop if you are interested in checking it out.  The lessons are not laid out in a particular order.  But Lydia did enjoy the first couple drawings she did this week.  I didn't get a picture from her sketch book.

She worked on another project from her Quick Breads book.  She made buckwheat pancakes.  They were a hit.  Caty said the best and barely stopped eating them. 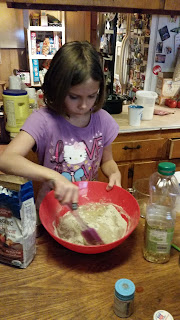 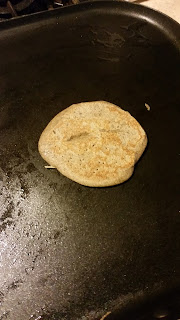 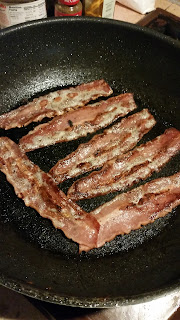 She also learned how to make a baked cheesecake. 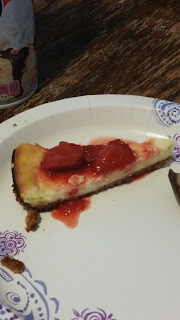 And worked on her cat project.  This week it was learning how to pick up and hold a cat properly. 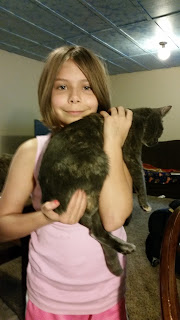 Brayden and Joey are chugging along.  Joey did some coloring sheets for the Nursing home this week. 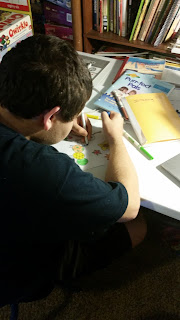 Brayden finished his science unit on Dinosaurs.  He fought and fought about programming class.  He struggles to keep his brain focused.  He is on ADHD meds, but too much make him a zombie and not enough and he still struggles with focus.  So I may have to bring this up at his next check up.  He is at a happy medium socially, that is why I don't want to up his meds.  We are seeing the real Brayden.  It's rather nice.

Joey is finishing up a math level on CTC Math.  He is very much below level, but working to get the basics memorized.  This is his second week on the 3D Modeling class.  This week we learned about careers in this field.  Pretty interesting.

Joey also finished up another book in the Narnia series.  He starts Book 3 next week.  Brayden finished up a full Minecraft series.  Even with all the arguing about how he reads for a set number of minutes rather than chapters, he managed to get his reading in.

Hope everyone had a great week!  See you next week!

Posted by MommyKuehner at 5:51 AM