Well it's been a while since we flat traveled.  If you are unfamilar with the concept, it is based on the Flat Stanley books.  Your child/family creates a flat and then trades with another family in either another state or even country.  We had done this before on a Yahoo group.  But it got frustrating as we lost several flats who either were lost in the mail or were kind of kidnapped.  So I figured we can lay low for a while, especially since the traffic on the group had died down.  There was no one new left to trade with.

A really great person started a new Swap site on Facebook, and we joined up!  We still had a few flats made, so we decided to keep using the ones that we have and in the next couple weeks we will be creating some new ones based on newer interests.

Here's a picture of our current flats traveling: 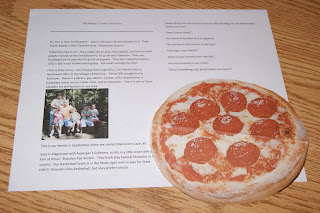 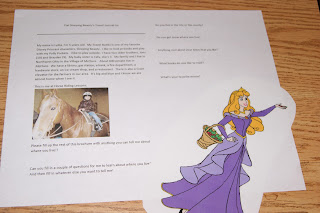 Flat Max arrived from Massachusetts today just in time to leave for the Special Olympics Shoot A thon.  Here Joey is posing with him just before it was his turn to take shots! 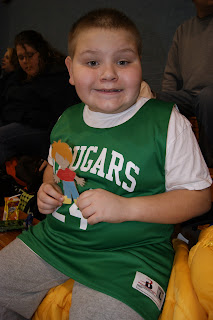 We are also going to be exchanging state boxes (which sound similar to the continent boxes I am creating for Montessori education).  I believe we are exchanging with a family from Oregon this month for the state box swap.
Happy travels!!!﻿
Posted by MommyKuehner at 9:21 PM