I love the fall!!!  It's my favorite season.  I love the colors and the cooler temps!!  We try and go as a family to pick apples each year.  Yesterday on the news I heard about a local farm that donates apples to a local food bank, but they were requesting volunteers to help pick the apples.  I mentioned it to the kids and they loved the idea.  So we double checked that there were no age restrictions and made our plans to go.

I was petrified when I saw that we couldn't park close to the trees we would be picking at.  Brayden lately has been very difficult about being outside.  We had explained to him why we were doing this, and after a bit of working on him convinced him to go.  But my heart sank when we got there and saw the tractor and hay wagon we were going to have to ride on to get to the trees.  Surprisingly, he did not express any issues about going on the tractor...even with the noise.  He was excited to watch this one particular chicken who was actually laying on her chicks so they could stay warm.  He was amazed that 4 chicks could lay under the mommy.  He also liked the donkey and miniature horse. 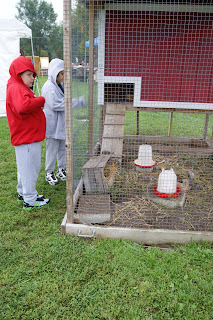 There are 4 chicks under her.. 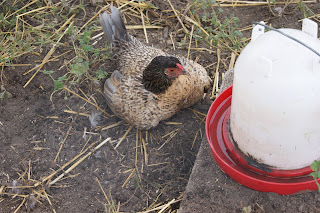 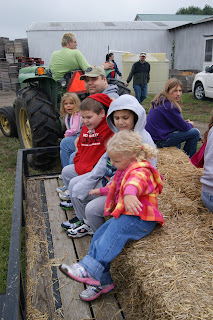 The part of the orchard we were going to was about 1/2 mile up the road.  The ride was fun.

Each family was able to pick one basket of apples so there was plenty for anyone who volunteered. 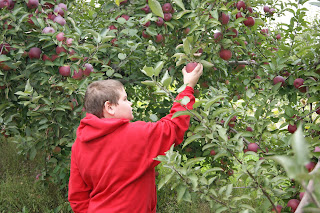 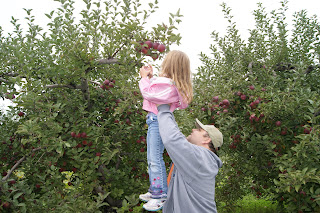 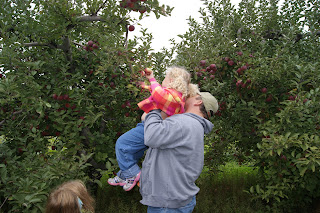 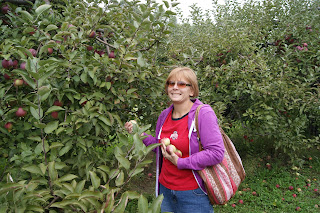 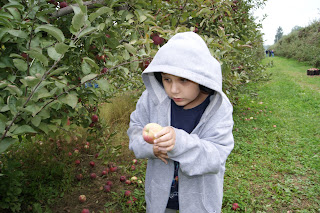 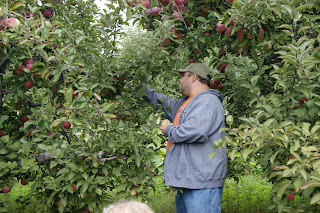 Everyone was allowed to pick an apple for themselves.  And yes....that is Joey consuming an apple.  He still hates the peel and was trying to eat the apple and spit out the peel.  It was comical. 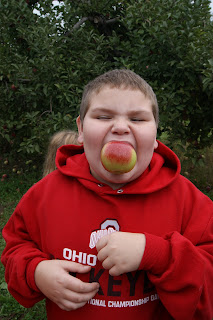 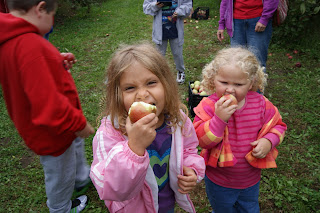 Joe carrying our basket to the truck. 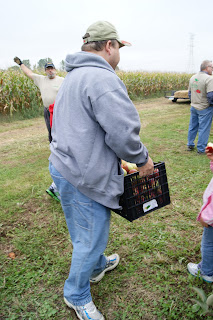 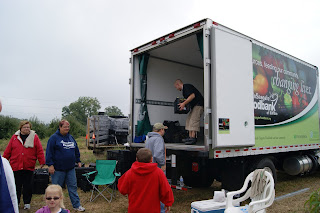 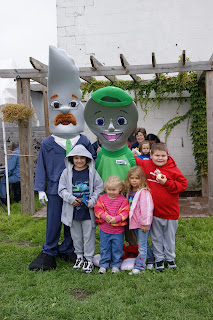 After buying some more apples and apple pencils (lol..) we headed home for some more family time.  But first we stopped at another farm stand down the road that had some 200 lb pumpkins out front!!!  They were awesome!! 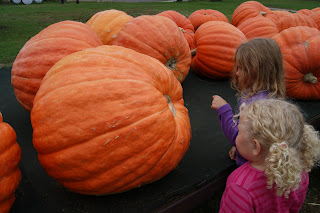 We came home and had some homemade pumpkin chili and played bocce ball.  We also did the diet coke with mentos geyser.  We have two tubes.  The first one didn't work right and we were disappointed, but the second was a success.... 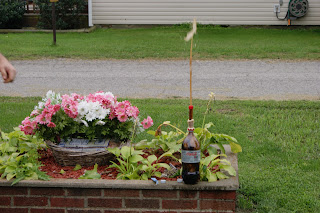 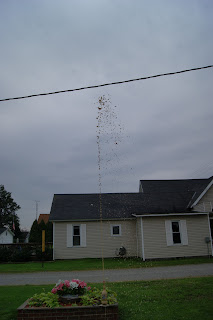 We finished the evening watching some Mythbusters....(Joey is getting into shows like this.  We are encouraging a liking of shows that are not always cartoons.  He enjoys Pawn Stars too.)  And Muppets from Space.

What a great family day!!!

Linking up to Let's hit the Road...with Anna-Marie.  See where other homeschool families are going!!!

Posted by MommyKuehner at 7:23 PM