US Geography - The Hoosier State (Indiana)

The week we learned about the State of Indiana.

Capital--Indianapolis
State bird -- Cardinal (the pretty red one is the boy and the brown one is the girl...that is what Bug told me)
State flower -- Peony (one of many)
State tree -- Poplar (one of many)
Became the 19th State in 1816.


We watched some You Tube clips of last years Indy race.  Joey enjoyed it, a bit.  But he said he preferred Cars 2 instead.

They watched the clip while working on their drawings. 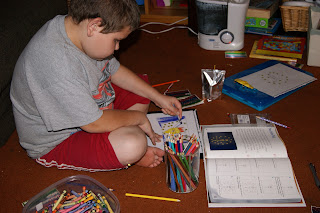 To help draw the Indiana Flag---and all 19 stars---we cheated a bit and used gold reward stickers to complete our flags. 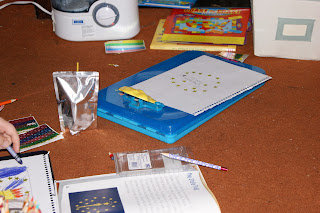 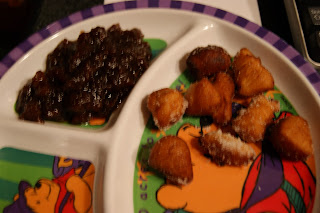 Here's some of our finished drawings. 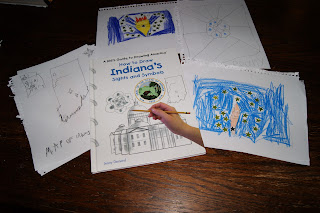 I found that file folder game at Dollar Tree several months ago.  It's a great portable map.  Wish I had 3, but only have 2.  May stop tomorrow and see by chance they may have more.  We haven't added the actual game part yet.  Waiting until we get some more states studied. 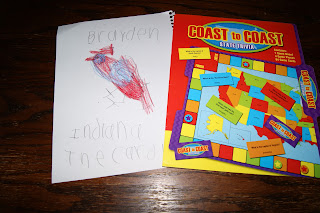 Next state we are studying is Washington.  Brayden randomly picked it out.  But we will take a week off from State Geography to study Sweden for our World Travelers Geography Club next week.

Posted by MommyKuehner at 4:31 AM