Do you know where your garbage goes???

Do you know where your garbage goes?  For Earth Day we visited our local land fill.  We have the added benefit that our land fill also houses 4 Wind Turbines, which the county can take us on a tour of also! 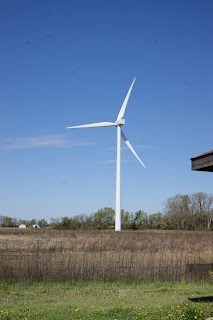 They stand 395 feet tall from base to the very tip of the blade when it's pointing up. 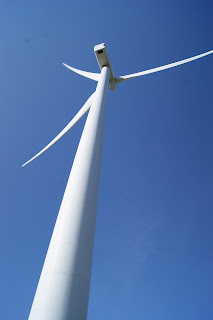 They have an enormous shadow. 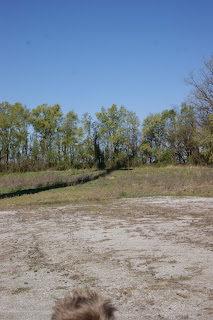 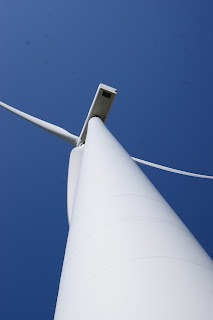 Looking up the ladder that technicians use to climb to the Nexcell. 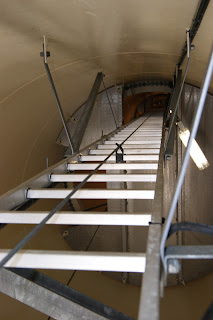 The computer, and it was a windy day, so the turbines were producing electricity. 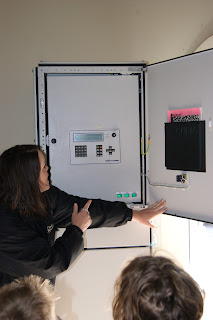 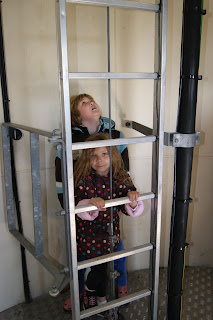 They were dizzying to look up at. 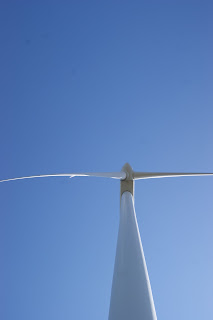 Then we went on a tour of the Landfill right next to the turbines.  We are driving up a hill that is roughly 40 years of compacted garbage.  They keep a removable fence around the drive to catch fly away trash. 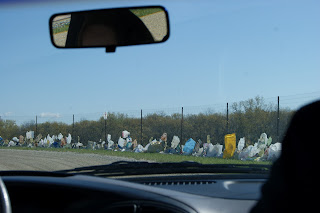 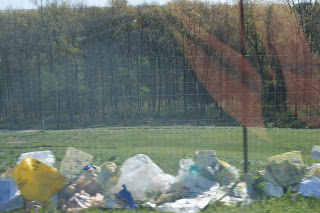 This was the smell as we emerged from our vehicles...yuck! 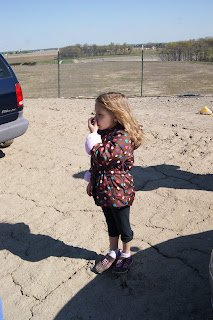 You can see the trash compactor that drives over the garbage the whole time the landfill is open.  He drives back and forth continuously flattening the garbage. 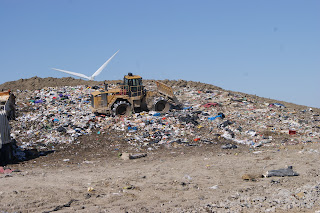 Do you notice the wind turbine blades in the background...that was where we were.  Does that tell you how high we truly are! 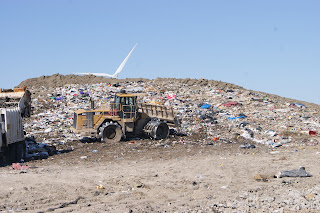 The tires on the compactor tears open some of the garbage bags and trash does blow around up there in the higher winds.  And it was windy that day.  We watched a drop off while we were there.  It was sad how much cardboard we saw being thrown out.  The amount of recycling we saw being thrown into the trash was sad.  People truly do not realize how much they are hurting the planet. 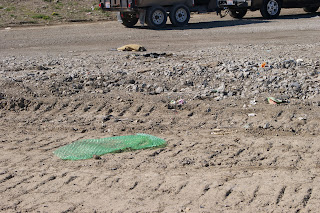 The tires on the compactor. 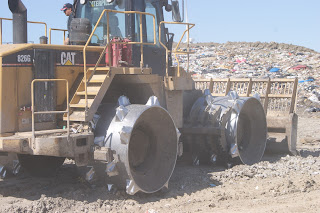 Lydia and her cousin finished the tour by hiding where they couldn't smell the trash. 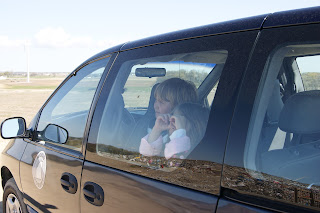 It was an eye opener.  We also read:

And some more favorites for this time of year:

This was a good field trip to really show kids the amount of garbage that is really out there.  And an eye opener for parents too!!