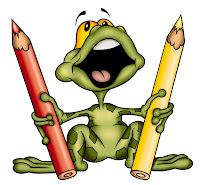 Anyway.....it's going to be one of those weeks.  Tuesday, we have an awesome field trip.  Can't wait!!!  We are going to be touring a Minor League baseball stadium.

Joey have 4-H judging for his photo project.

Today I spent all day running errands for Special Olympics, and the Sporting Goods guy was more than willing to follow me around spending almost $500.00 under his sales table made him look good.....oh and I finally went to have my foot x-rayed.  They said it wasn't broken, just a deep contusion that has caused all the swelling and bruising.

The kids have their assessments on Friday.  Since we know Char, she's coming over for a BBQ since we still are having issues with Brayden leaving the house.  We'll wait and see how tomorrow goes.

I know I am forgetting some activity.  But we will squeeze a bit of schoolwork in too.

Joey
Math - New Multiplication book (watch for the review)
Science- He will be doing some work on mass and fun experiments
Language Arts/Spelling-His new reading book is Magic Tree House An Hour at the Olympics and the non-fiction guide to go with it.
Handwriting - Getty Dubay
World Geography - Top Secret Adventures.  He's been slow going in his Australia book.  His new one arrived this week, so need to finish that one.
Project - Summer Olympics

Brayden
Math - Teaching Textbooks
Science - Same as Joey
Language Arts/Spelling - Reading his choice
Handwriting - Getty dubay
Projects- Cats and Summer Olympics.  Brayden is having this thing about cats right now.  So I thought, let's go with it.  He also loves doing these books from SchoolExpress.  So if it works....don't fix it!

Lydia
Math - MUS -- Adding single numbers, she is using the MUS blocks, but I also am teaching her Touchpoint for those times where she might need a reminder but doesn't have manipulatives handy.  Also found her some great flashcards at Office Max yesterday.  Better than the ones I made.  They have the dots on them, so we can use them for a few weeks as she learns the facts, they will be replaced with the regular cards. 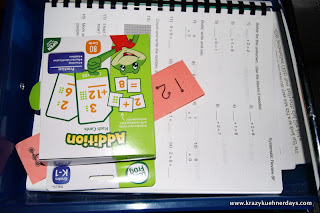 Science - The needs of the trees.  We'll be finishing this section up in Science.

Grammar/Phonics- First Language Lessons for Little ones and Headsprout.  She will also be using her site word worksheets

Manners - The American Girl Guide
Handwriting - Getty Dubay and practice early cursive.  She's getting letter formation down, and she so wants to learn cursive.  So found this book at Office Depot yesterday while waiting on her posters to be laminated.

Caty
Just doing what we can, and throw learning into whatever we can.  Here's her drawers for the week.

She loves the Leap Frog videos on Netflix.  Found this at Office Max yesterday.  She can work on this and got a Kindergarten one too.  She actually could do most of that one on her own too.  So she should be pretty excited to see this.

In History we will be learning about the Pilgrims.  Watching Mouse on the Mayflower and reading lots of books about the Pilgrims and Squanto.  The kids will also be done will be getting new sheets for the library summer reading club.  They have read through the first sheet and starting the next.  Very happy for them.  They also finished two other clubs.  Whoohooo!!!  Incentive to get little prizes, so I need start using little prizes to keep them going!

Everyone have a great week....hoping ours stays positive!!

Posted by MommyKuehner at 9:40 AM