We took a carriage ride through the Historical section of Philly.

As you can see...it was another bad day for Joey. 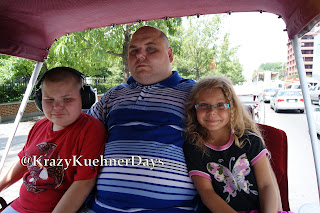 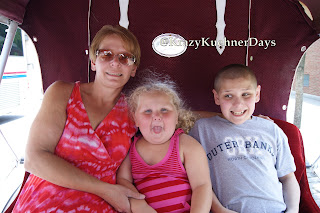 This was a whispering bench.  Women could sit and look like they were proper and yet be gossiping...all at the same time. 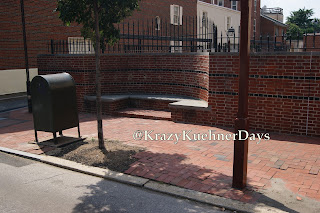 House of Philip Syng Physick...father of modern surgery.  His first patient survived for 3 hours after dying from infection from the surgery.  It was done in the side yard of this house. 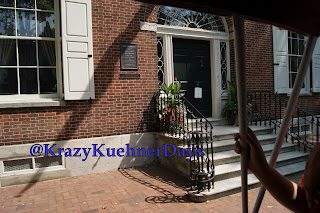 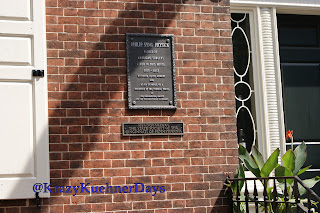 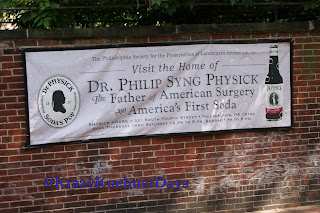 In the 60s, downtown Philly was in very bad shape.  The buildings were in horrible condition and nothing was kept up.  So knowing that the 200th anniversary of our country was 10 years away, a group of leaders in Philly (one of which was Kevin Bacon's father), made a special offer.  They sold the homes to individuals cheap and offered 10 years of free property taxes to anyone investing in these properties and restoring them to Historical condition.  The homes that were restored to Original Historical condition were given these special plaques.  These were homes that were built in the middle 1700s to early 1800s.  Most of which though were present during the Revolutionary War period. 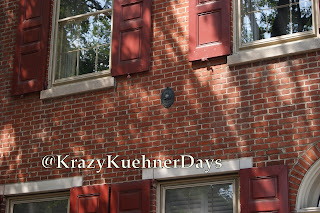 Cemetary from National Treasure.  They chose this one because the bullet holes were already in the headstones.  The British used the tombstones for target practice during the Revolution.   So there was no Hollywood Magic there. 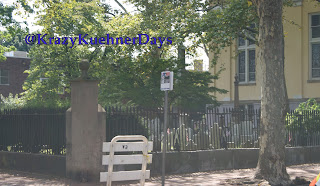 Historical house...many front steps.  This family would've been more well off than others financially because the more steps into the house, the more money you had. 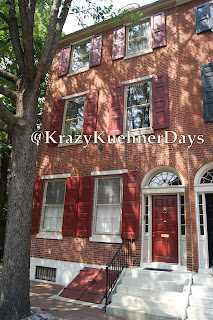 This was the kitchen entrance...servants entrance. 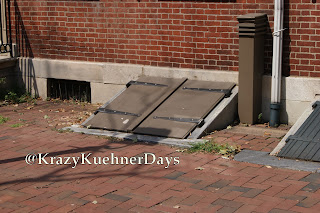 Large amounts of iron decor also meant that a family has money.  The window boxes, railings, and window bars at the bottom all iron.  Also had lots of steps. 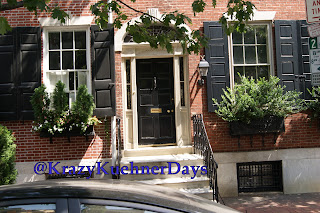 Stepping block to get into carriages. 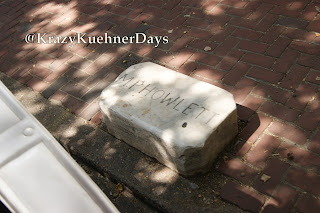 Home of President James Madison...not the largest by any means...but pretty! 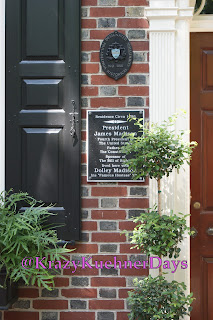 Ben Franklin invented this type of street lamp.  The street posts were getting broken so much, that this design meant less glass to replace each time since all four sides are separate pieces. 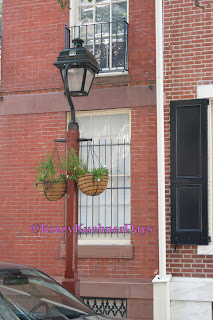 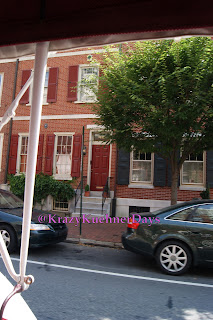 This house is currently the most expensive sold house in downtown Philly.  $10.5 million!!! 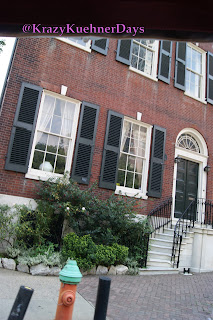 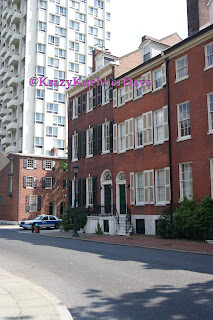 Our driver was awesome...very knowledgeable!!! 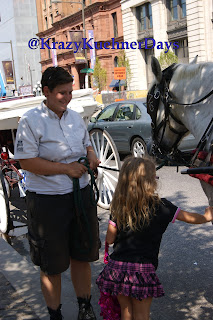 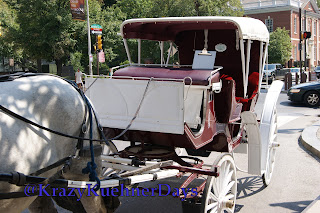 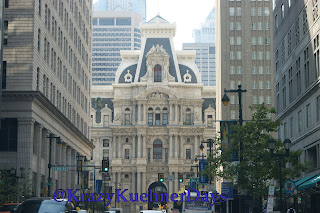 This was our last day in Philly...next journey into Washington DC for a day.