A lot of balancing of schedules and running kids around.  Feeling a bit stressed about trying to keep up.  I usually am falling asleep on the couch.  But I was trying very hard to make sure that we had meals planned out each day and snacks in the van.  I was getting back into the habit of packing our bags the night before and putting them by the door.  Something I was doing before our 3 week joy ride around the Eastern US...lol.

In our homeschool this week....

We worked really hard at fitting school and our bible study in.  We took advantage of any daytime hours we could, and also after dinner time.  I really rethought our school, and tried not to over cram their schedule, but really make sure they understood what was going on in what they were learning.  I took their 4H project kits off the table this week.  Joey and I will concentrate on his next week.  Brayden has pretty much finished his, because his interest has been lost.  He has no desire to "show" a cat.  I am not forcing him into it, he has grasped the basics.

The girls and I finished our Five in a Row book this week--Lentil.  We will work on more American Girl projects on Friday.  We are looking at an artist/author from New Orleans, we chose Mo Willems.  Tomorrow she wants to write a pigeon story.  This should be cute!

What is not working for us....

Me being unable to multiply myself and be in two different places at the same.  For example, Tuesdays, Lydia has gymnastics and Brayden has bowling.  Neither want me to leave them at the location by themselves.  Even for just 15 minutes while I drive between the locations for pickup and drop-off.  (Brayden's bowling causes about a 15-20 minute overlap between the two.)  I wanted to cry.  Still working on a solution because the 5:30 gymnastics class is full and until someone drops in that time slot...we are stuck at 4:30.

Yummy stuff....I have managed to stay on menu all week.  We had lemon bars and a cold chicken picnic to go with our reading of Lentil.  After all, if you went to a town parade...most would have brought a picnic.  We had hamburgers in honor of Connecticut.  Yummy...yummy....yummy chicken and dumplings!!!  We still have our New Orleans meal to eat Friday night.  We are making shrimp po boys and oven fries....my mouth is already watering!!

I pretty much spent the week pre-making meals if I was going to be busy that evening due to activities.  I would cook dinner and stick it in the fridge to heat up.  Worked out really well this week.  Except when I accidentally drug a dishtowel into the flame under the dumplings and caught it on fire.  Yes the dishtowel was destroyed while making those dumplings.

Next week I am plan on rolling with the same momentum.  Praying that it works!

Pictures from our week.....

The girls started back to ballet this week.  For the next 10 weeks they will be learning more skills. 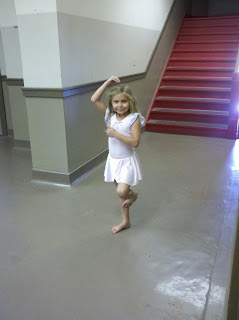 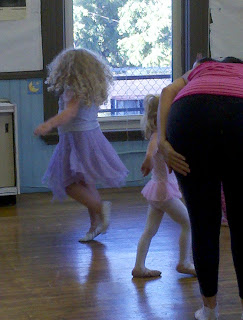 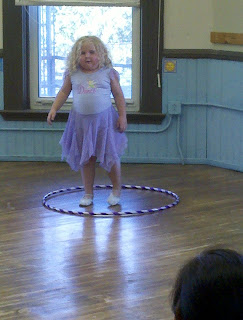 I found a Minnie Mouse dry erase board at Walmart on Saturday.  Since Caty is such a HUGE Minnie fan, I grabbed it for her to practice writing on.  She thought that was a cool idea.  She practices her name and then I let her draw pictures for a few minutes too. 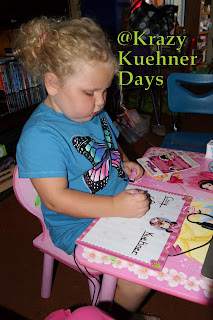 We had an addition to our homeschool  I splurged and bought Shut the Box.  Lydia and Joe played in the backyard for over an hour on Sunday....Lydia is loving it!  Even Tuesday while we were waiting on Brayden at Bowling, she got it out and played by herself. 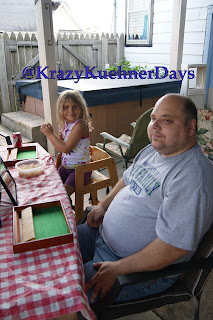 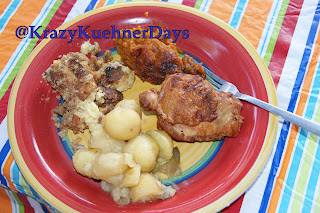 Lydia figured out how to make a pulley with her new jump rope. 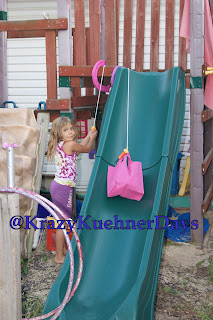 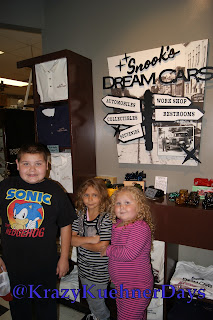 Tuesday we had a field trip to a local car museum!  Even Daddy was able to go with us!!!!  Brayden thought this car was great! 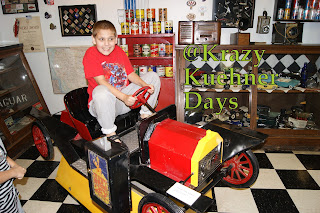 At Scouts, the girls made pencil pouches from duct tape and baggies.  They thought this was fun! 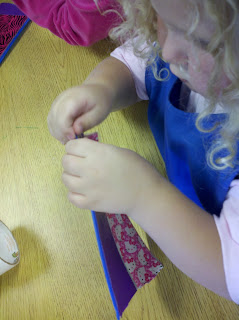 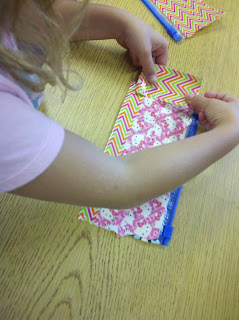 Joey has been learning about Salt.  He were are going to try and let the water evaporate and we'll see what is left behind.  He Joey is mixing the salt into the water. 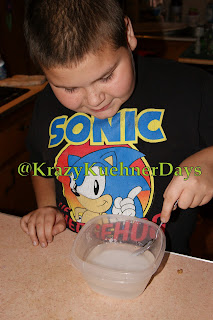 Grandpa and Grandma brought the boys back these blocks back as a souvenier from cruise to Nova Scotia....the boys are in love!  Even the girls are playing with them.  Brayden has asked that I start including them in his workboxes. 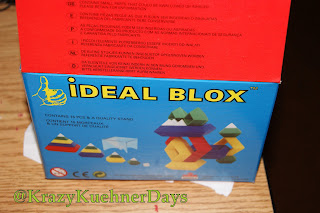 The girls and I have been reading the American Girl Marie-Grace and Cecile books, which take place in New Orleans.  I decided to do something new this time.  We are going to look at authors and artists from New Orleans for the next couple weeks.  The first one is Mo Willems....this is great!

We watched several little videos of his books being read on You Tube.  Lydia had so much fun with this. 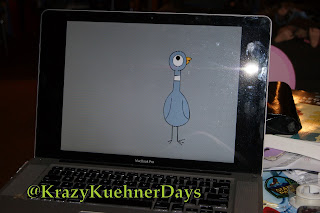 We watch a tiny interview with him. 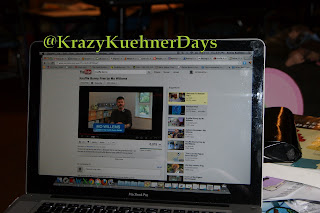 We read several of his books and then tried to draw the easy illustrations.  In the interview we watched, he explained that he wants all his illustrations of the book characters to be super easy for even a 5 year old to draw. 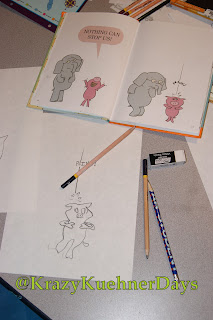 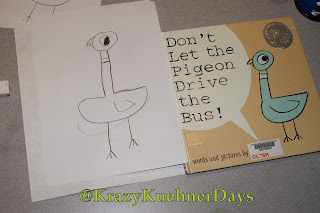 We also discovered this cute little short that came out when his last book on Duck wants a Cookie.  They watched this several times...very cute!

We learned about Connecticut also this week.  In History we continued to discuss why the American Revolutionary War happened.  We discussed if it was fair for England to tax the colonists so high, and if the Colonists should have been responsible to pay back any of the money to England for their help during the French and Indian War.

Linking up with other families at Homeschool Mothers Journal.