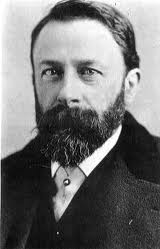 Albert Bierstadt, was born in Solingen, Germany. He was only about two years old when his family moved from Germany to New Bedford in Massachusetts. In 1853 he returned to Germany to study in Dusseldorf, where he refined his technical abilities by painting Alpine landscapes. After he returned to America in 1857, he joined an overland survey expedition which allowed him to travel westward across the country.

Along the route, he took countless photographs and made sketches of the majestic mountain ranges and dramatic rock formations which became the studies for his massive canvasses painted in his New York studio. In December 1857 the Boston Athenaeum bought one of his works, The Portico of Octavia Rome, thus assuring his career.

Bierstadt became internationally renowned for his beautiful and enormous paintings of the newly accessible American west, and his works found their way into public and private collections at staggeringly high prices for his time. His popularity and wealth rose to tremendous heights only to fade as the interest in the Boston School and impressionism turned public taste away from his highly detailed landscapes suffused with golden light. 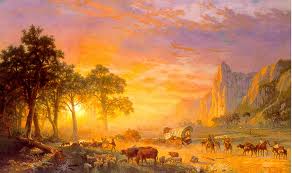 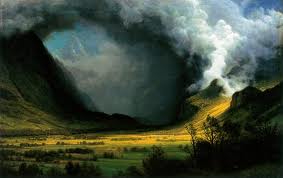 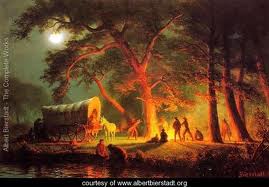 The first class I planned a trek across America.  I printed and cut out each of the states that Alfred Bierstadt visited and sketched in during his journeys. 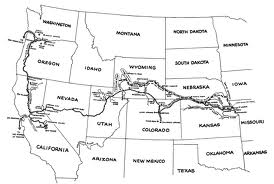 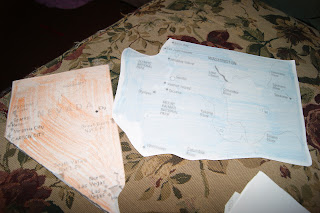 You can see in the background that I laid out the states in a geographic pattern, with plenty of room for 30 stomping elementary students.  I made each child a notebook (journal) to draw what we found in each state.

@Photo courtesy of another homeschool mom
Each state contained examples of how to draw flowers, ocean waves, mountains, trees, clouds, the sun, rainbows, and rivers. 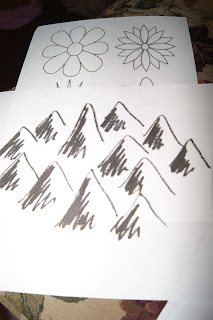 Then we all became explorers.  We pretended to climb mountains, walk across rivers and streams, surf the ocean, sliding down mountains, and walk across a dessert.  As we visited each state, the kids would pull out their notebooks and sketch the geographic landmark.  It was a huge hit!!!  When we were done, I asked them to bring their notebooks back to our next class.

At our next class, we discussed landscapes again.  And pulled out our "Journals".  I had drawing paper, crayons, markers and pencils out for the kids to take their individual drawings and put them together to create a landscape portrait.  Some of the kids drew their back yard, others drew things they remembered from the park.

The exploring really got the kids thinking, and hopefully they'll remember who Alfred Bierstadt is!

Next month is George Henry Boughton.....

Posted by MommyKuehner at 9:33 PM