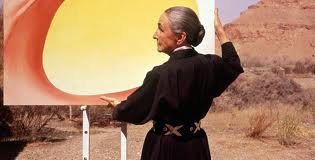 Georgia O’Keeffe was born in 1887 in Wisconsin.  She grew up on a farm.  She knew from the time she was 5 that she wanted to be an artist.

She had many health issues throughout the years, but continued to draw.  When she was finished with school, she taught art lessons.  Georgia experimented with several forms of art, including abstract.

In 1916, a photographer named Alfred Stieglitz got a hold of some of O’Keeffe’s paintings. He showed them in his gallery without telling her. Not realizing the impact he was about to make on her life, at first she upset.  He helped make O’Keeffe’s art famous.  And she forgave him.

Eventually the two were married, and moved into a summer cabin on a lake.  O'Keeffe loved it there.  It was here where she started painting nature, including close-ups of flowers.  She always used bold colors in her painting now.

Eventually she moved to New Mexico, and began to paint mountains and deserts.  She also enjoyed painting animal skulls.  Several works include these.

She continued to paint until she lost her eyesight. She died in 1986.

Some of her famous works include: 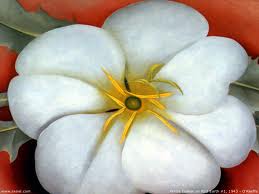 A Sunflower from Maggie 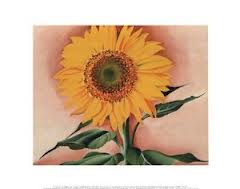 She watched the video below, and also the one on Brain Pop Jr.


Lydia decided that she really liked the flower close-ups.  So she chose to draw a mum. 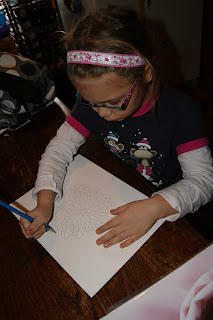 Then she outlined all the petals with black sharpie. 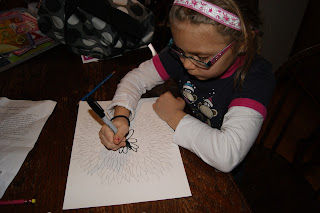 Then it was bring on the water color.  This project was worked on all afternoon.  She has so many petals, that she would work for a bit and take a break.  Then work some more. 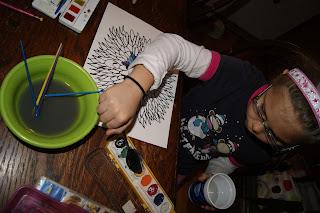 This was her final project!!!  I am so in love with this project that she completed.  We are working on framing it to show at the county fair in the art exhibit for her age group. 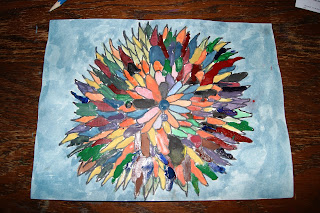 We are going to take a couple weeks off from artist studies, and will be returning soon though!!