On our way home from Philadelphia this year, we decided to visit the Flight 93 Memorial.

On Tuesday morning, September 11, 2001, the U.S. came under attack when four commercial airliners were hijacked and used to strike targets on the ground. Nearly 3,000 people tragically lost their lives. Because of the actions of the 40 passengers and crew aboard one of the planes, Flight 93, the attack on the U.S. Capitol was thwarted.

This was act was very hard for Joey to understand.  We spent a lot of time trying to prep him and help him to learn the facts.  It was a very eye opening memorial. 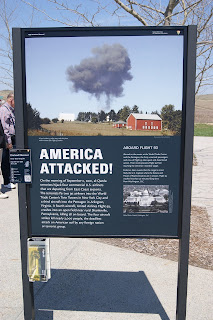 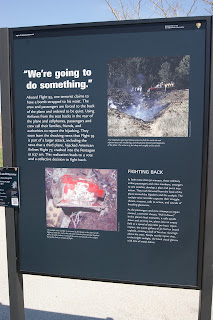 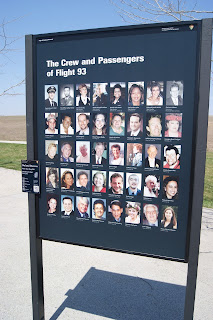 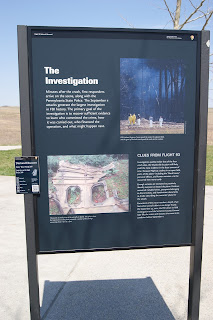 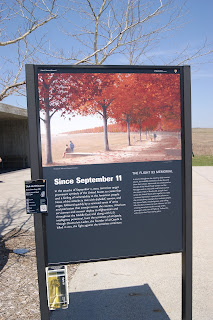 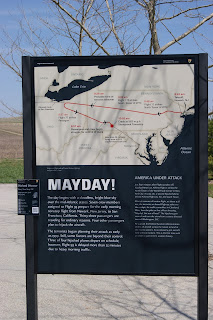 Quick and determined actions...
The flight data recorder that was recovered from the crash site revealed that the terrorists had reprogrammed the aircraft's autopilot system for a new destination - Washington, D.C. Recovered evidence and responses to interrogations revealed that the terrorists' intended target was most likely the United States Capitol Building, where the nation's legislators were in session. Flight 93 crashed only 20 minutes flying-time from Washington, D.C.
Because of the quick and determined actions of the passengers and crew, Flight 93 was the only one of the four hijacked aircraft that failed to reach the terrorists' intended target that day. The passengers and crew showed unity, courage, and defiance in the face of adversity.
There is the memorial center where you can leave messages. 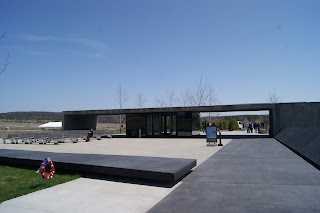 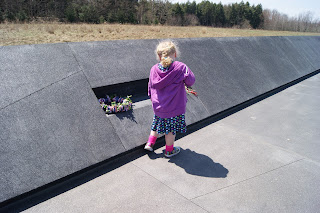 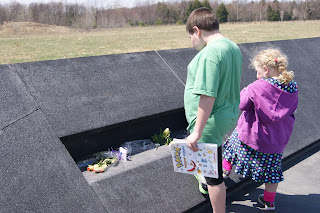 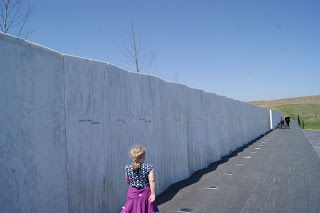 The rock in the field represents where the nose of the plane landed. 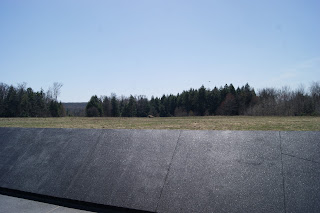 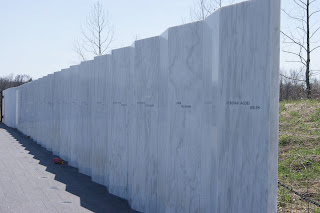 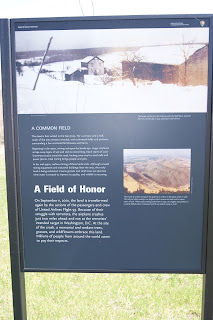 You can take a virtual tour of this memorial by visiting the National Parks page.  You can also listen to the same audio tour that we did while visiting.  It's a free app that can be used with any National Park.

This was a very interesting park to visit.  It was eye-opening as you listened and thought about what must have been racing through the passengers minds as it was happening.  Was this a hard decision for them?  What decision would we have made if we would have been put in that situation?