We had the privilege recently to learn how Maple Syrup is made.  A local Maple Syrup group gave us an informative demonstration about the history of making maple syrup...

From the time of the Algonquin Indians, and the legend of how maple syrup was discovered and shared.

Woksis, the Indian Chief, was going hunting one day early in March. He yanked his tomahawk from the tree where he had hurled it the night before, and went off for the day. The weather turned warm and the gash in the tree, a maple tree, dripped sap into a vessel that happened to stand close to the trunk. Toward evening Woksis's wife needed water in which to boil their dinner. She saw the trough full of sap and thought that would save her a trip to get water. Besides, she was a careful woman and didn't like to waste anything. So she tasted the maple sap and found it good-a little sweet, but not bad. She used it to cook her venison. When Woksis came home from hunting, he smelled the unique maple aroma and from far off knew that something especially good was brewing. The water had boiled down to syrup, which sweetened their meal with maple. Woksis found the gravy sweet and delicious. He spread the good news how the Great Spirit had guided his wife in making the delicious new food, Sinzibuckwud (meaning, "drawn from the wood" in the Algonquian tongue). Soon all the women were  "sugar-making" ("seensibaukwut"), and the braves began performing the "Sugar Dance." Thereafter, maple sugar was produced and celebrated each spring after the long, cold winter during the "Season of the Melting Snow."

To the earliest ways of collecting... 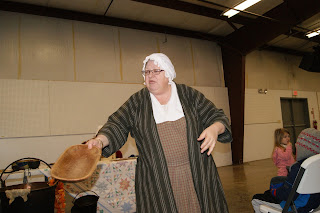 How the colonist bought sugar. 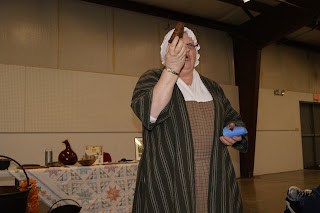 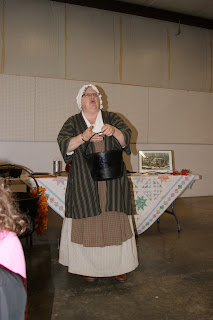 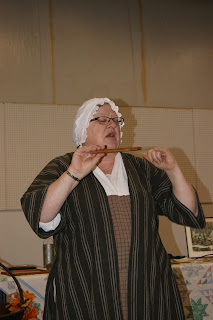 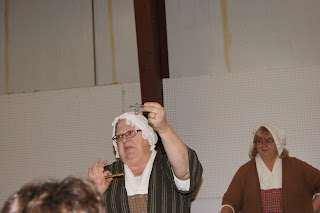 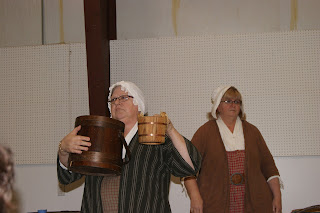 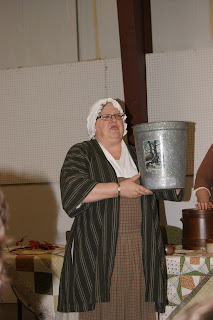 Maple sugar.  The way that Native Americans and Colonists would cook down the maple syrup to this form. 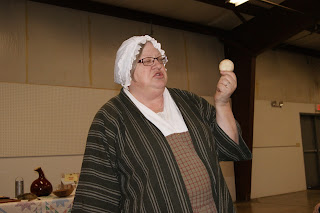 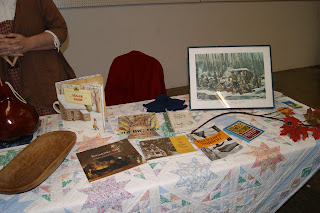 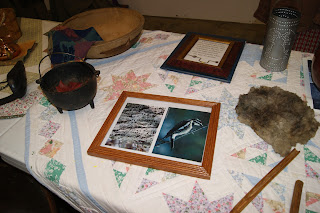 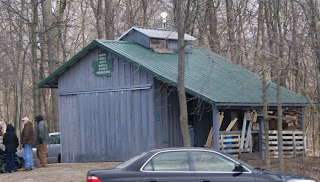 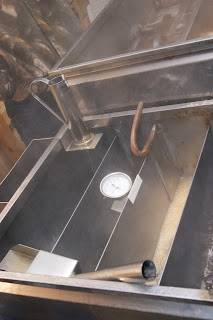 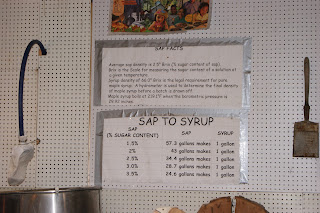 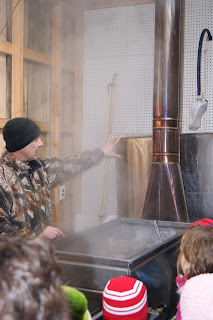 Testing to see if it is ready. 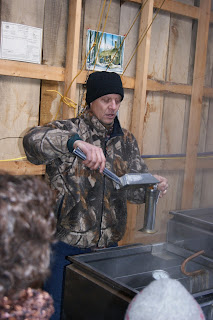 This is a sleeve that sap would go through to strain it. 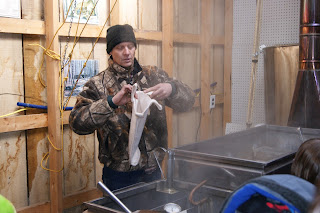 Did you know that the maple tree can heal itself?  The only tree that can.  These are tree tap examples. The trees heal themselves each year. 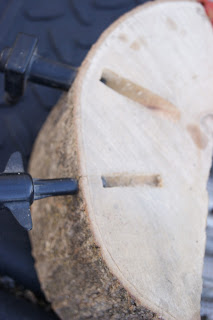 Various taps that have been used through the years. 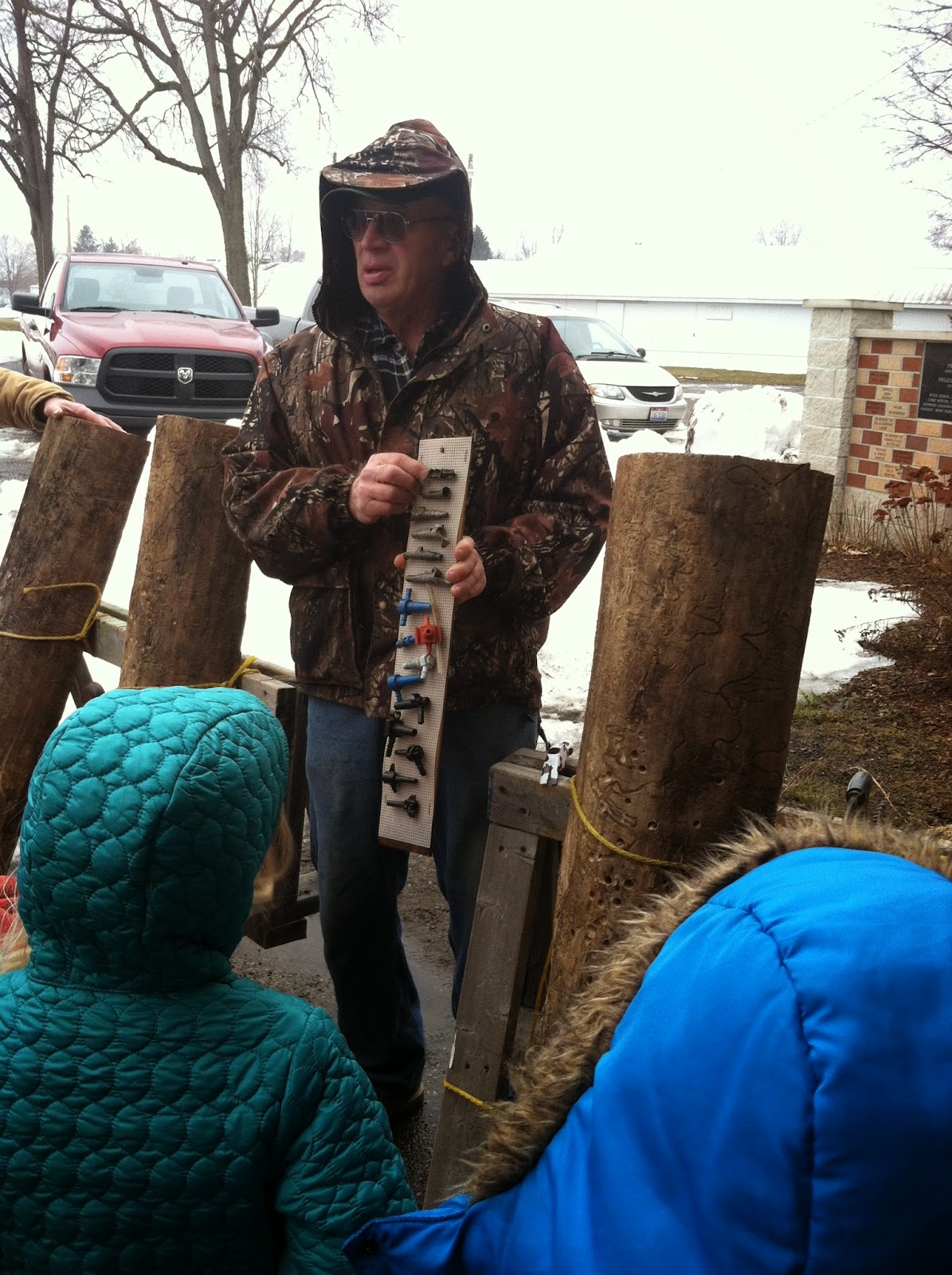 Trying their hand at tapping 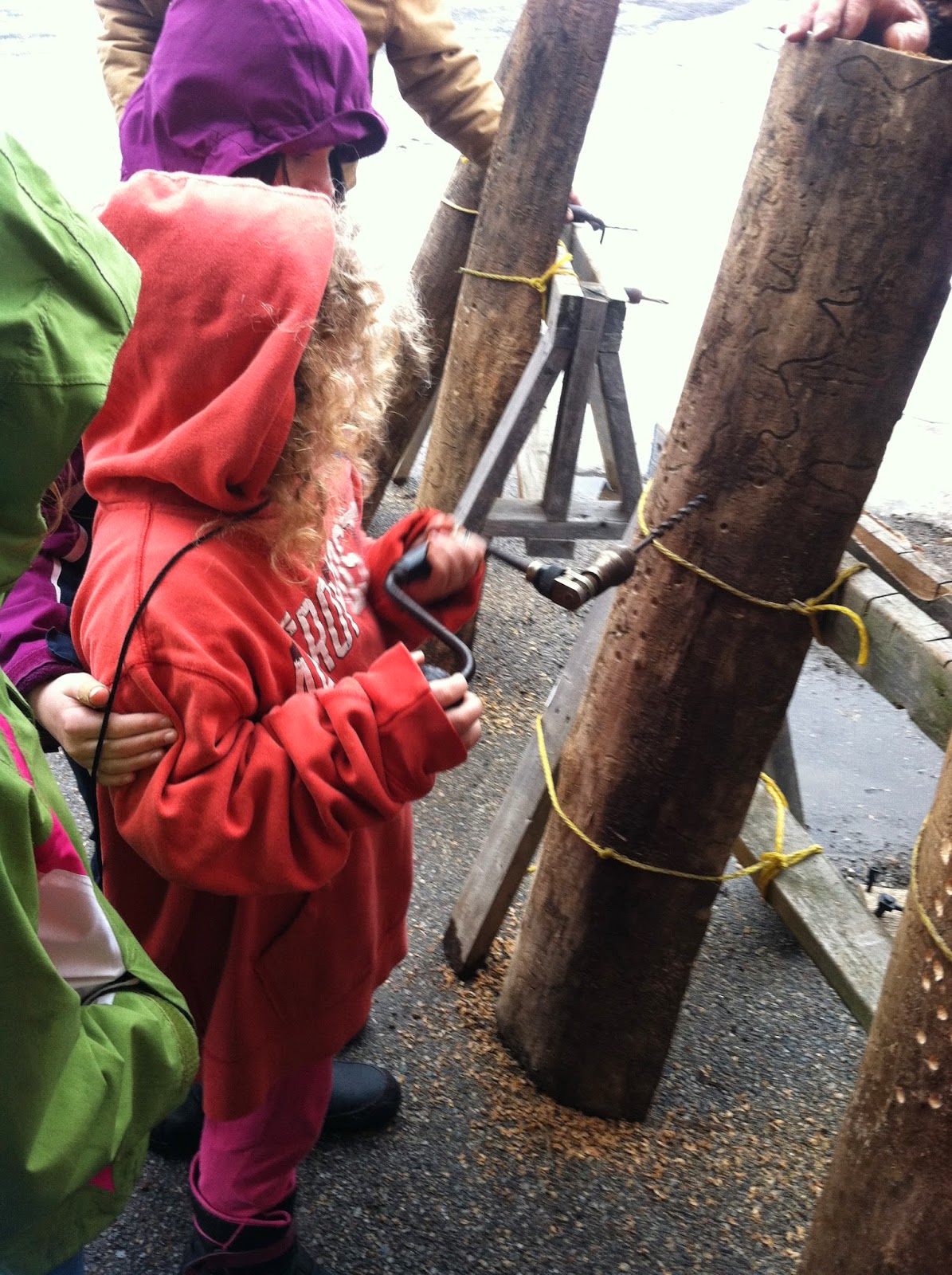 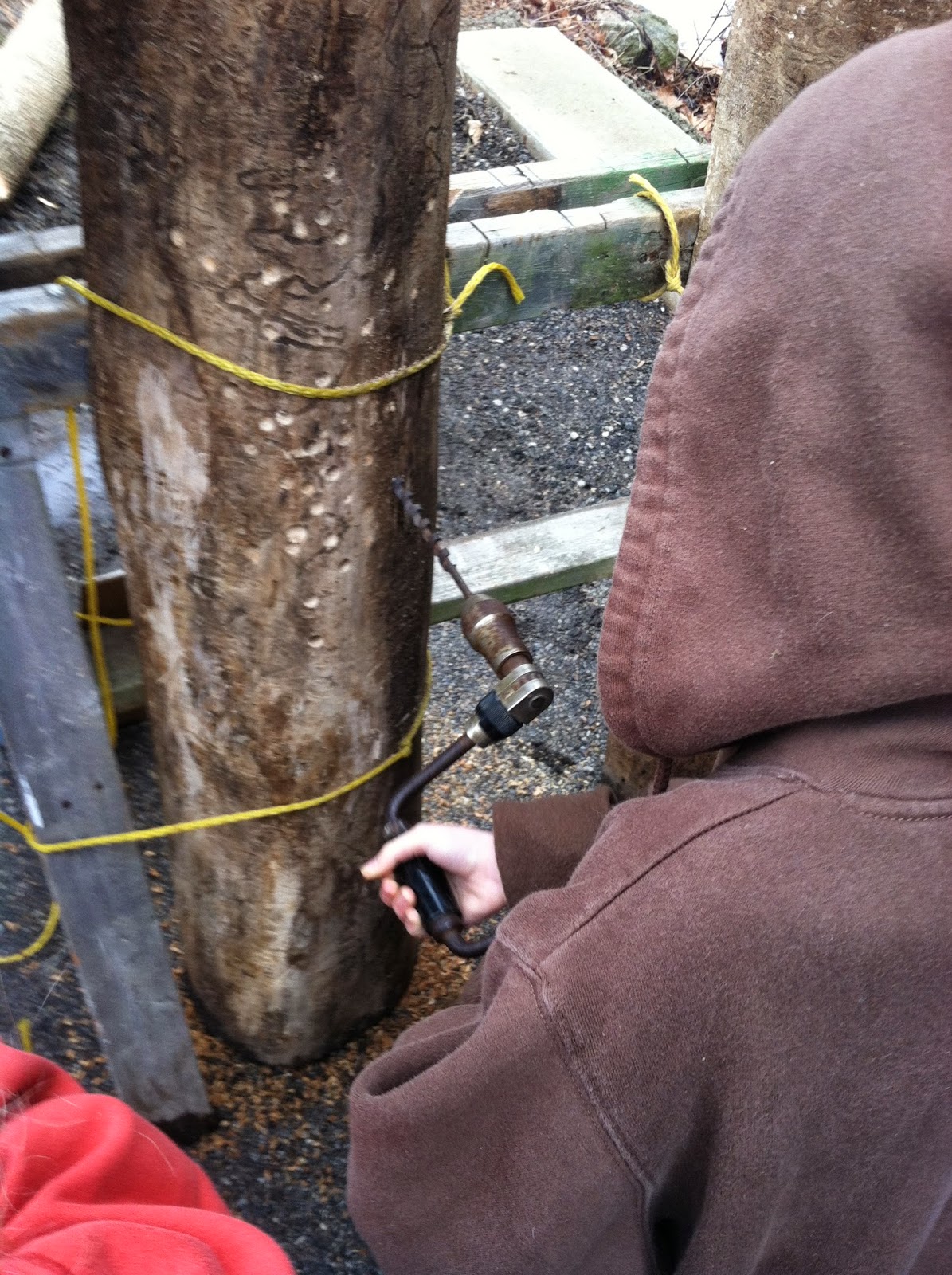 We were able to see them cooking sap over a fire, the pioneer way. 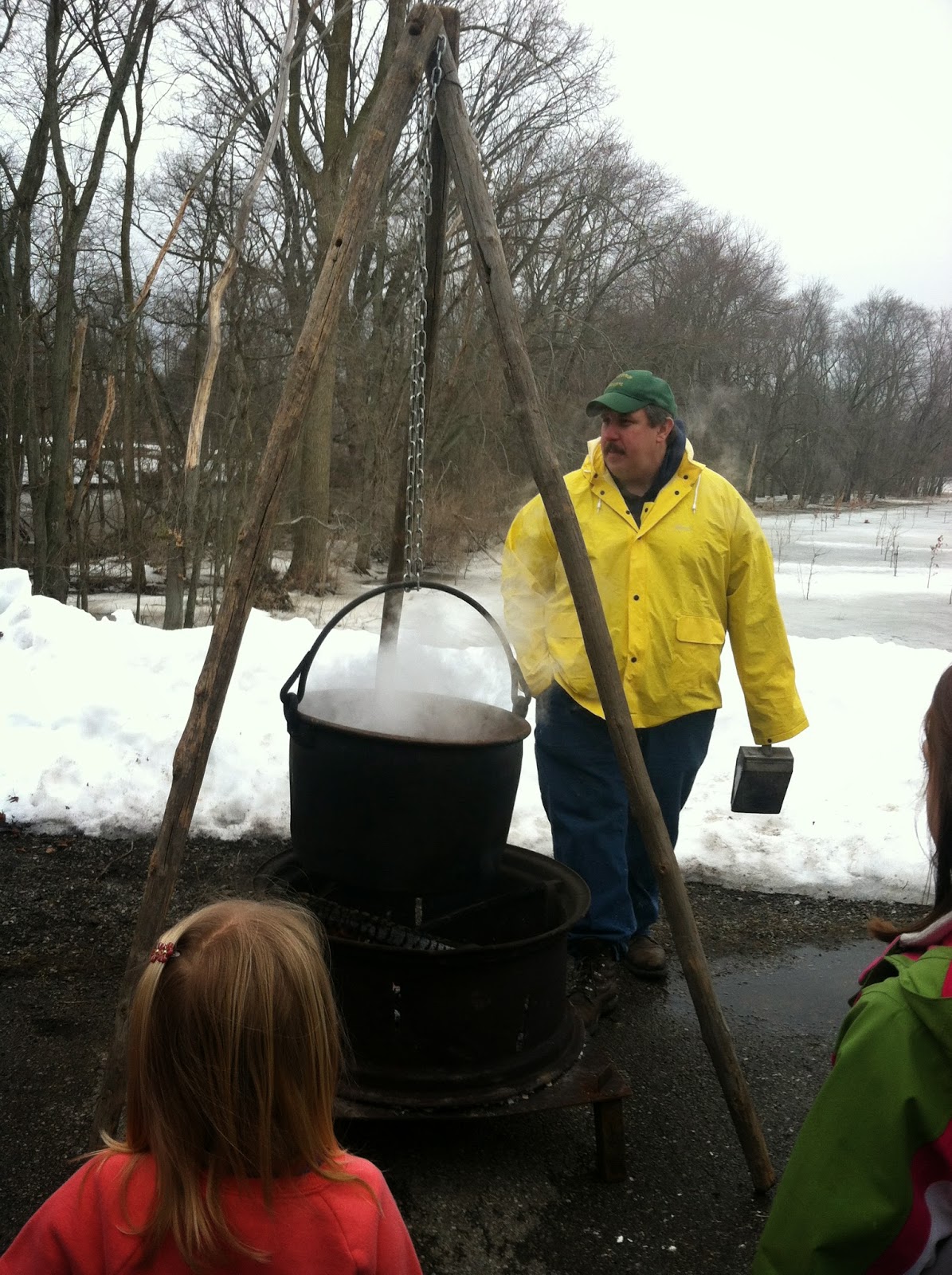 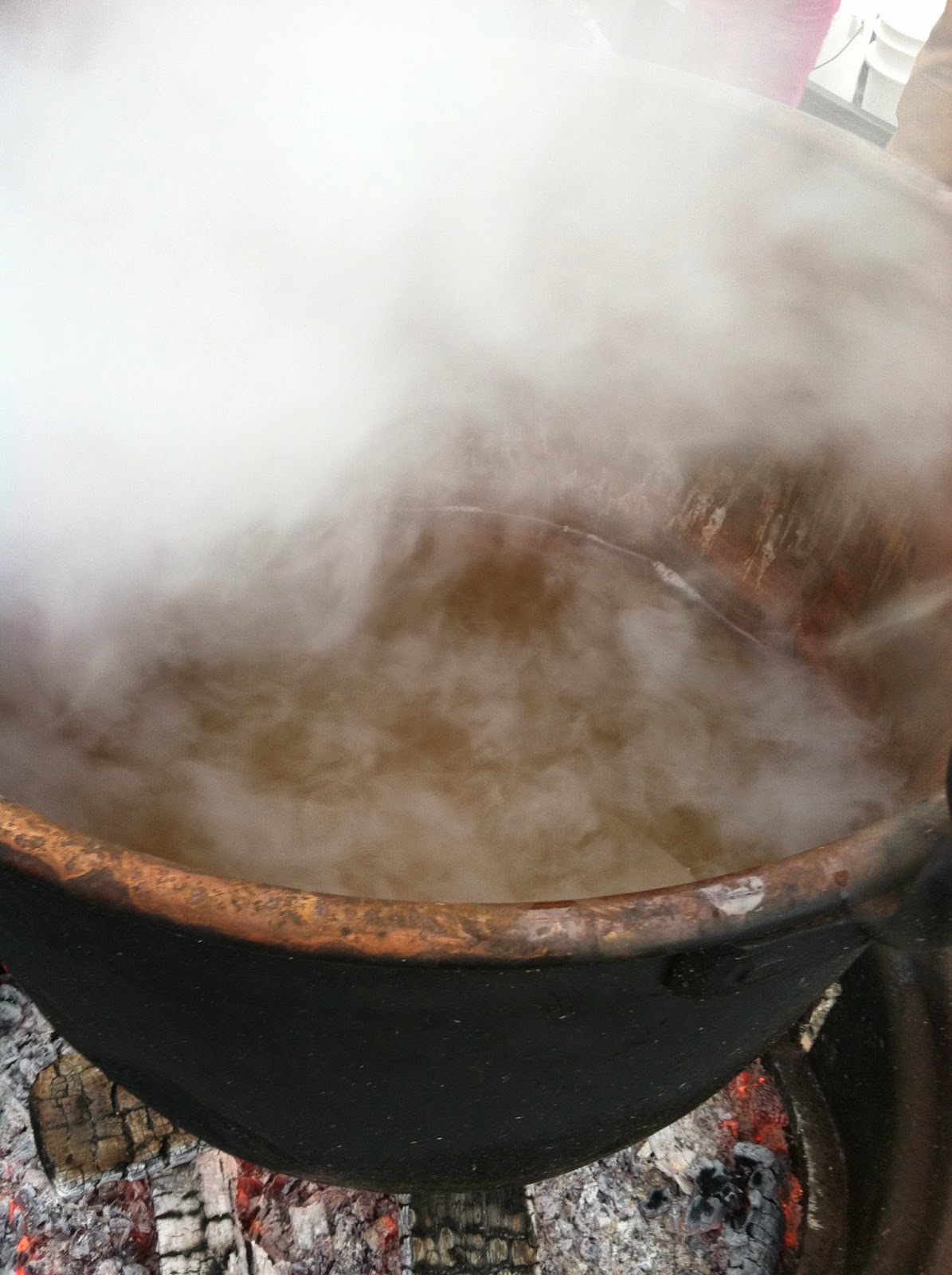 This was such a yummy trip, and of course for dinner we had maple syrup with pancakes!!!

Posted by MommyKuehner at 1:43 PM