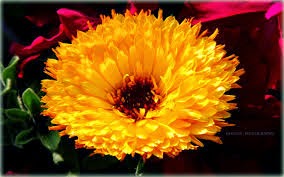 What a week.  I have to say my kids are troopers.  I haven't been feeling well at all.  I had two allergic reactions last week and I do not know why.  But I was pretty sick two of the evenings.  I was very grateful for the "easy" fix meals that I bought.  The kids each picked out what I considered "junk" food and unhealthy options, but something they could fix themselves to eat.  They were each able to fix themselves dinner with minimal help from me.

On top of the reactions and not feeling well due to each one of them.  I have also been feeling like I am walking in an autism fog lately.  We keep going what seems like forward but we are really turning in circles.  I have been working on retention when it comes to skills such as math.  Joey just struggles so much in this area.  Reading a calendar and telling time are an issue for him.  Brayden remembers his math, but doesn't read as well as he should.  I blame myself for that since I allowed him to be taught to read by memorization....boy do I regret that now.

But I am working on them being able to use the microwave to cook.  I know microwave cooking is not ideal.  But it's the best thing I can do, since they cannot cook over an open flame.  Right now, as I type, Brayden is microwaving himself a Marie Callender's Mac and Cheese.  He doesn't always remember to read the instructions, so I remind him over my shoulder.  He wants me to do it, but tough love means I want him to do it.  He has to do it.  He successfully made himself mac and cheese for dinner.  I can't tell if he feels proud of himself.  I mean I compliment him and he smiles, but he smiles bigger when he advances levels on his favorite video game.  He actually brags about that.  He doesn't go around bragging that he made himself dinner.  So I know he doesn't appreciate it, I'm pretty sure he figures I am just being a mean mom.  Oh well.....

The autism fog though is one of those things where I am trying to avoid feeling sorry for myself and what the kids may never be.  I know...I know....start screaming at me now.  You cannot cry over that.  The Autism Society screams that your child can be that and more!  Well....don't let those ads fool you.  Not every child with autism is the same, and no matter what I do, my boys will not be doing what I had dreams of in the future.  They will always have limitations, and the limitations are projecting more than I originally anticipated.  So instead of keeping those med school applications out, we are going to work with the limitations we have and make them work for the boys.

Anyways.....amidst all of the drama of health issues, we had school.  We pretty much completed all planned school items....YEAH!!  Although I didn't get that many pictures ... these were a few things.

In Science, Caty has been using the Magic School Bus Nature Box.  So we are learning all kinds of new things about insects.  Lydia and Caty found a large amount of Whoolly Bear worms in the back yard and so I said she could set up a habitat to watch them.  She was sooo excited! 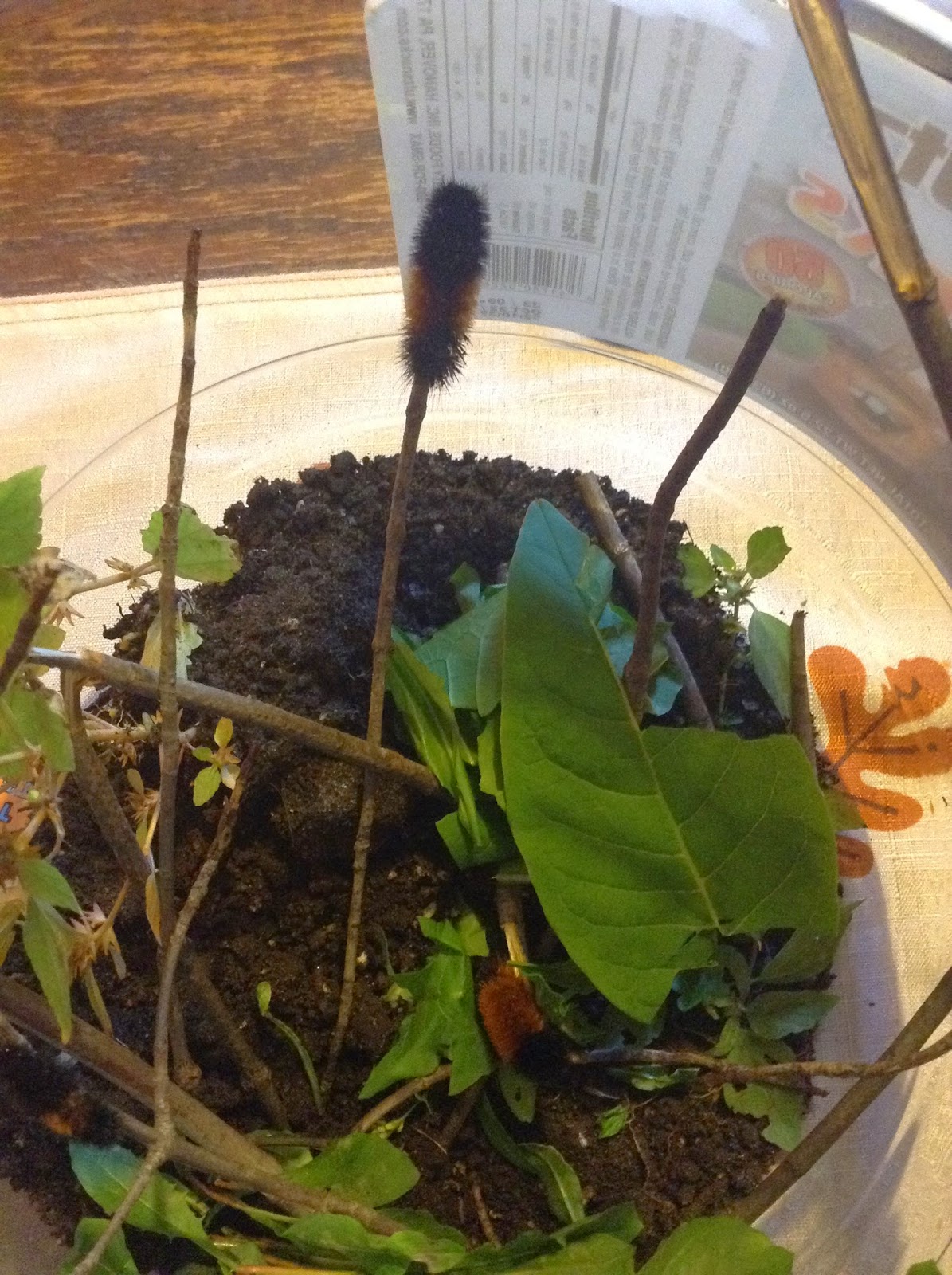 I have to admit that is has been super fun watching them eat and crawl around.  But they are going to be released this week yet.  We want to make sure that they still have a chance to freeze and be the tiger moths they were meant to be. 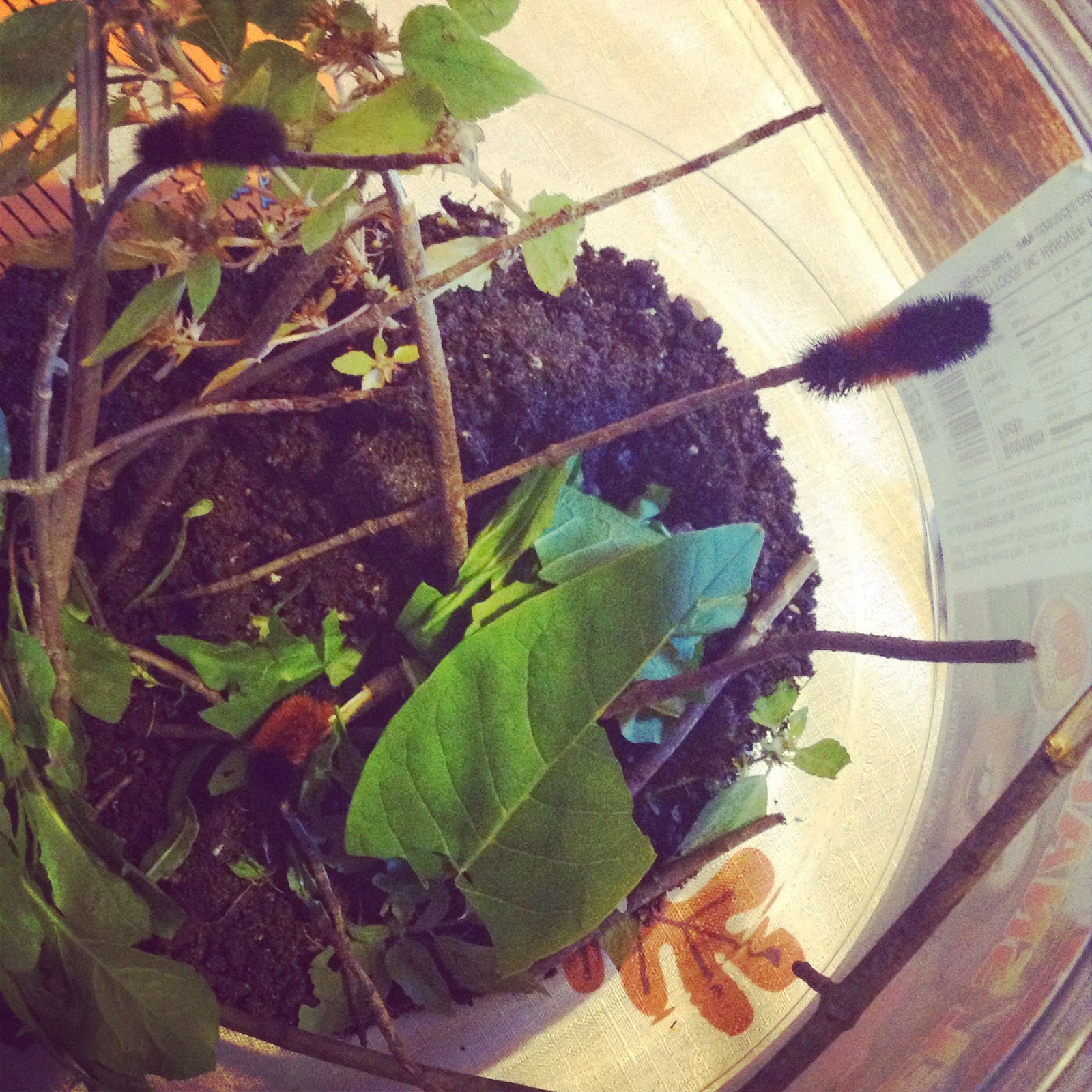 Joey and Lydia started playing Words with Friends with Joe and I.  Joey is really good at this game.  I was shocked.  Lydia is still learning, but she is doing fairly well. 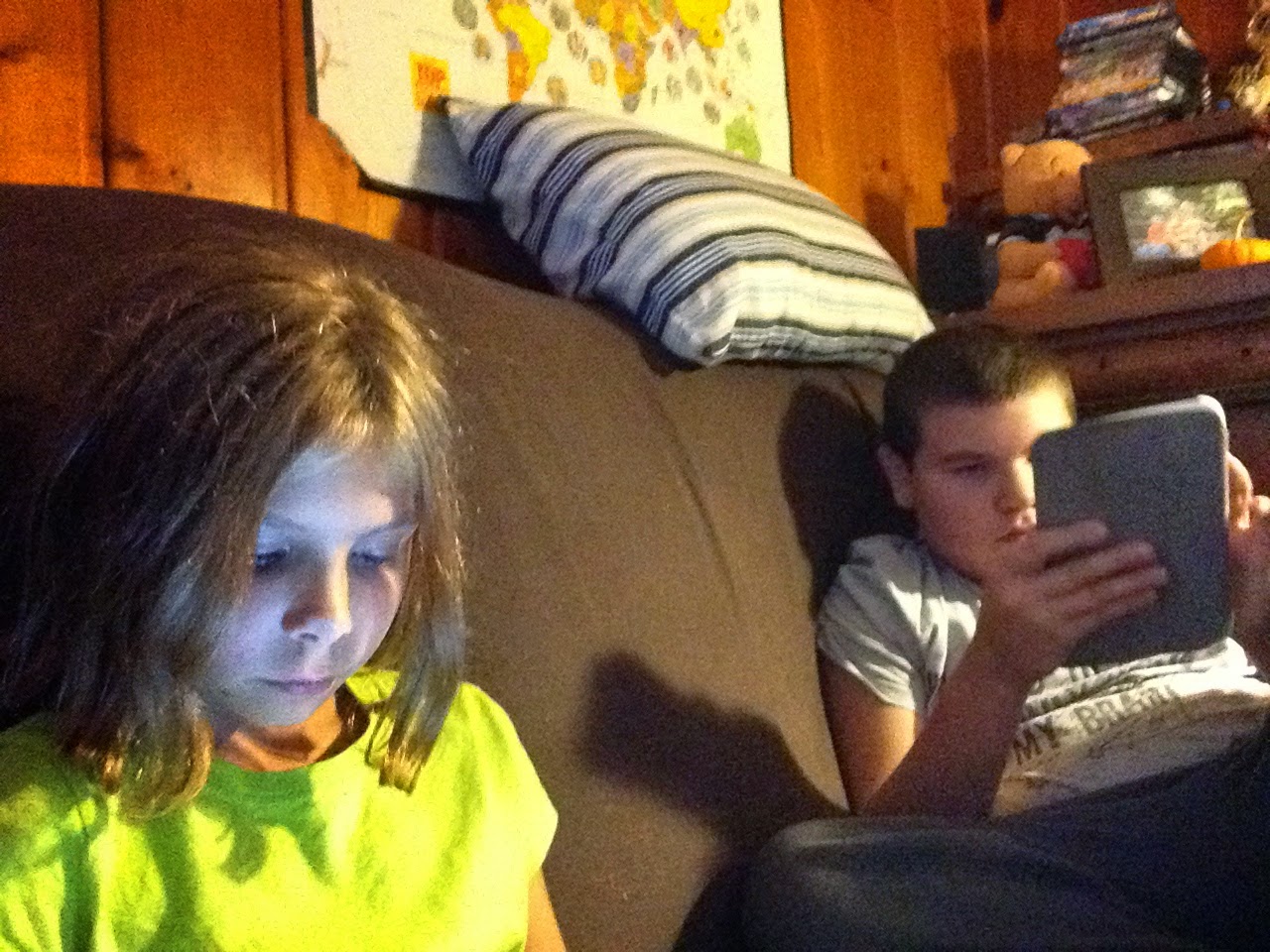 Caty and I are working hard in an area she is struggling with....remembering capital and lowercase letters.  Not sure why this is an issue, but we are going to work hard to help her. 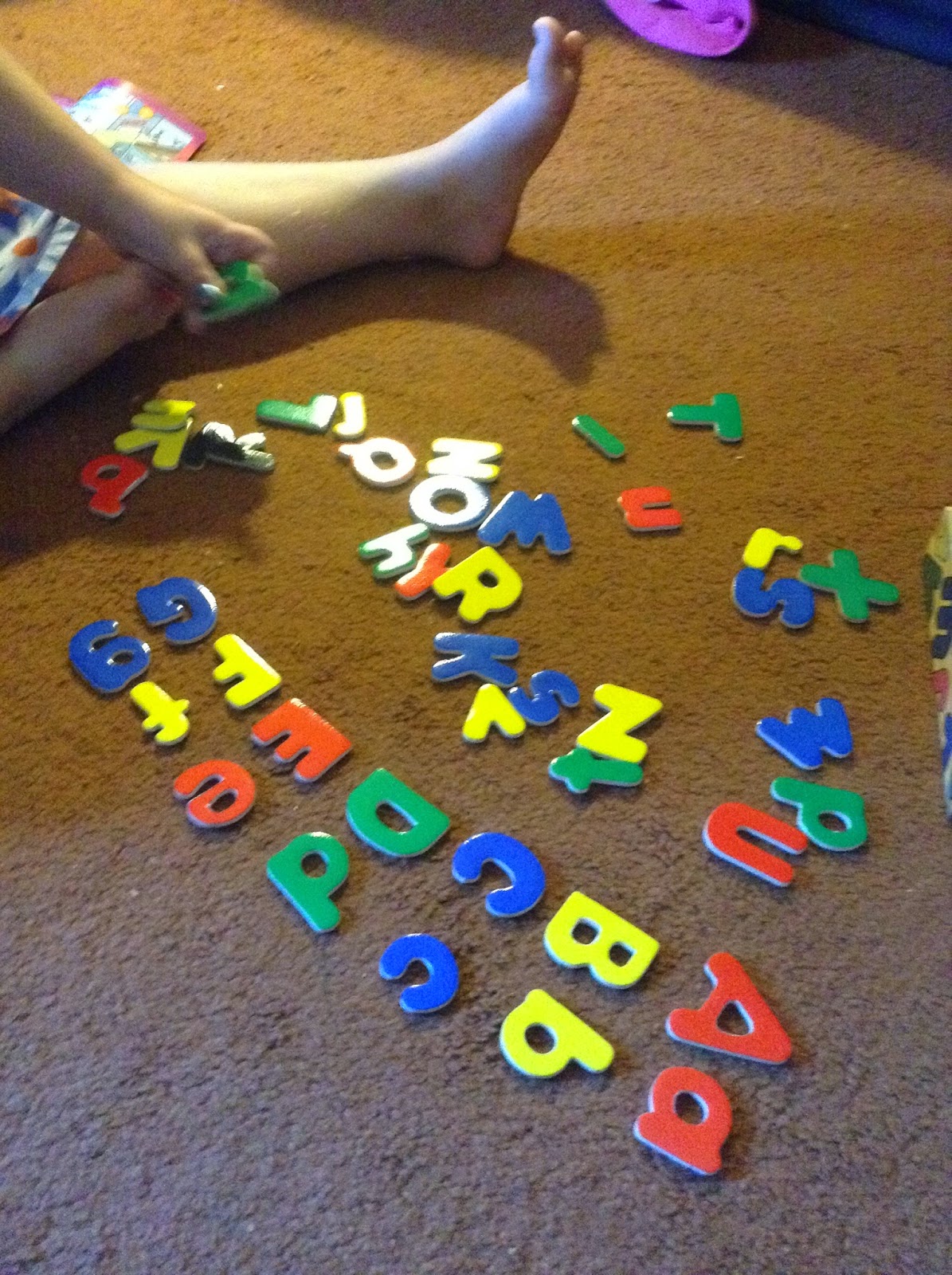 The caterpillars have been a HUGE hit with Caty.  They even watched TV with us a few times. 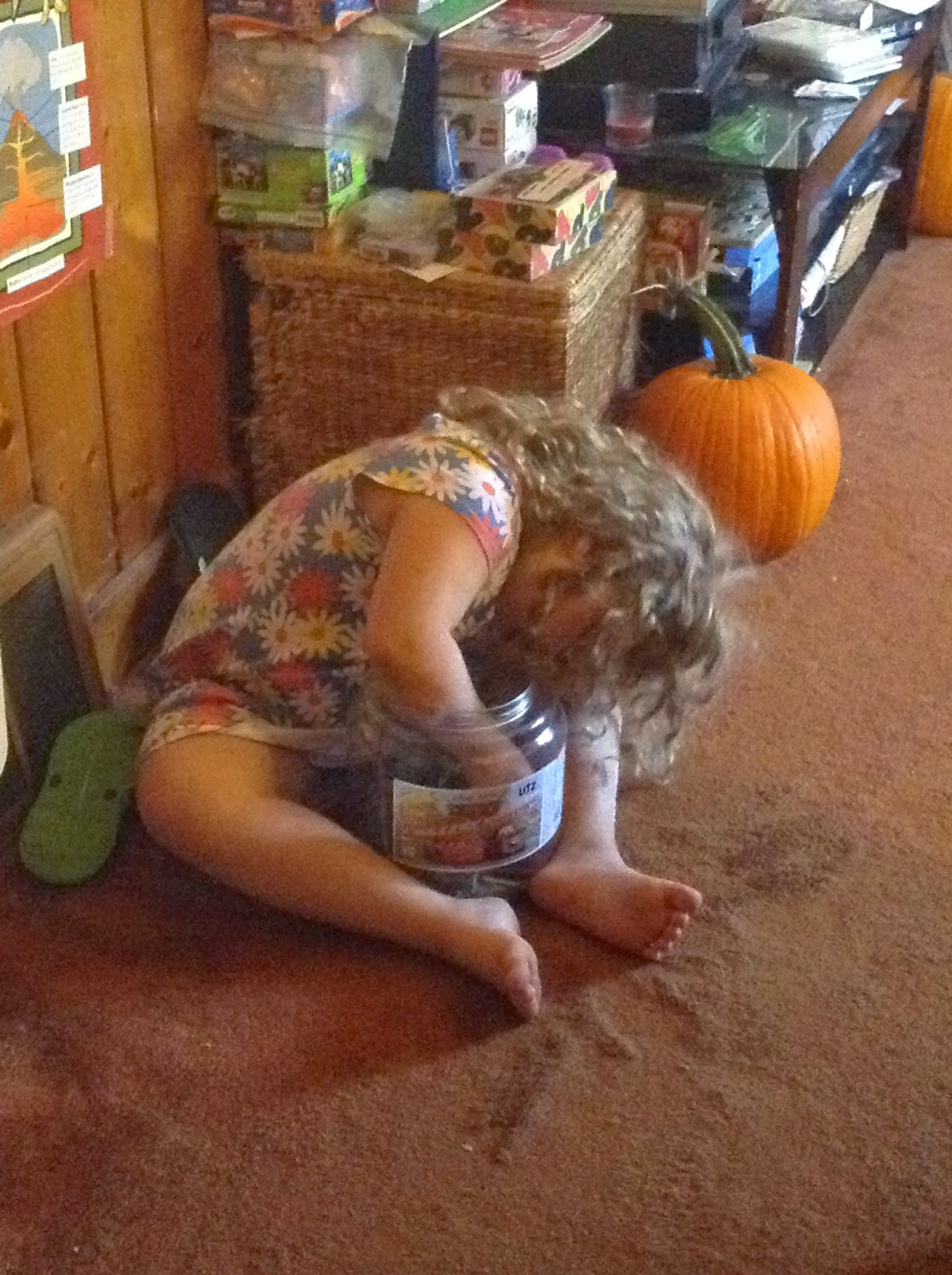 Lydia working away on her Homeschool with Minecraft Johnny Appleseed class. 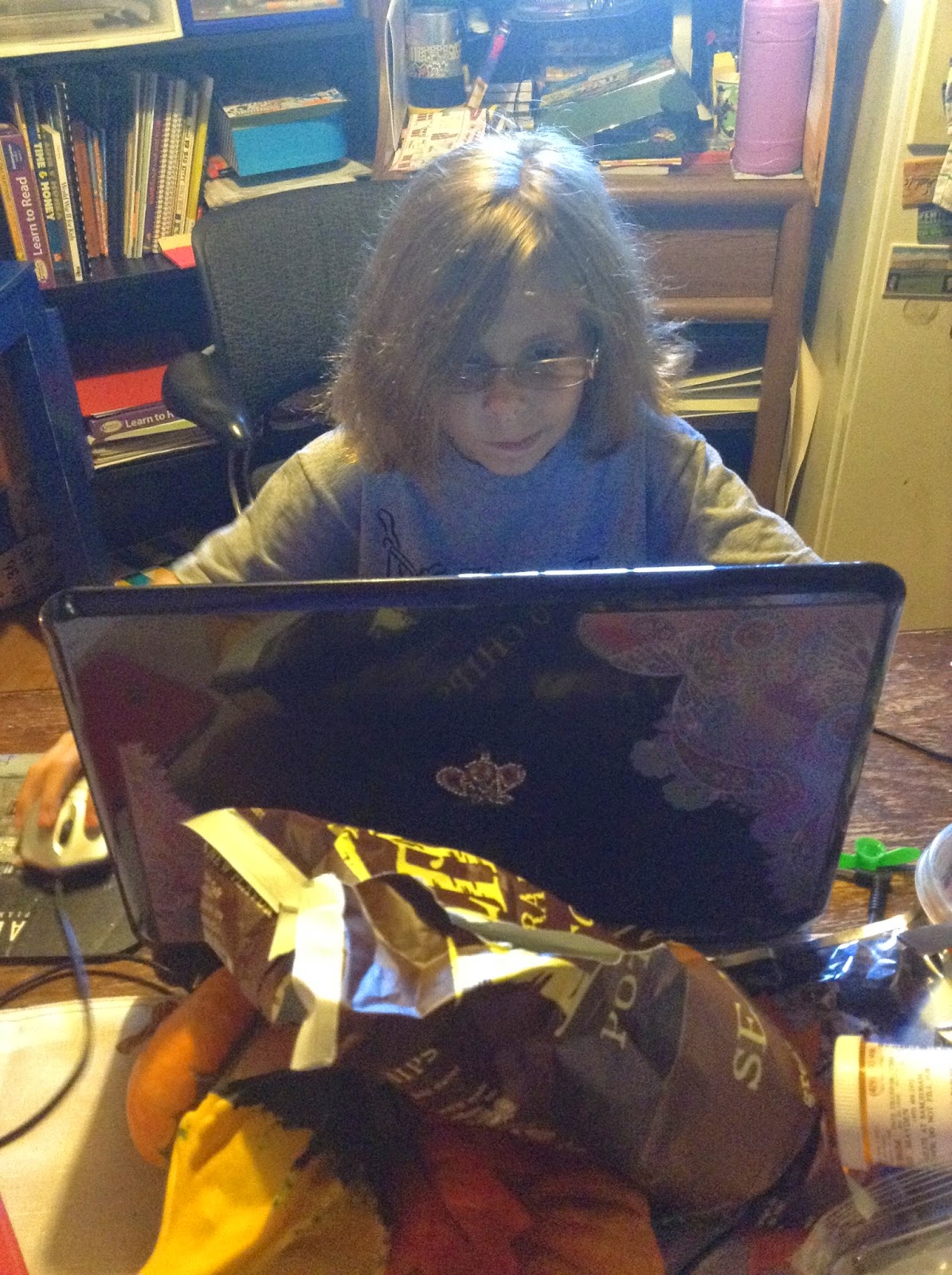 The kids are doing bowling with our county Special Olympics.  But we decided to sneak in some practice.  Joey was getting frustrated from all the noise there is on those nights.  So we snuck away and went bowling one morning.  The place was basically empty.  An older gentleman asked why they weren't in school.  Caty looked at him and said, "I'm homeschooled.  I'm exercising now and then I am going to do my schoolwork when I get home."  They were nice.  They let us know that they bowl every Wednesday morning and we were welcome to bowl next to them anytime. 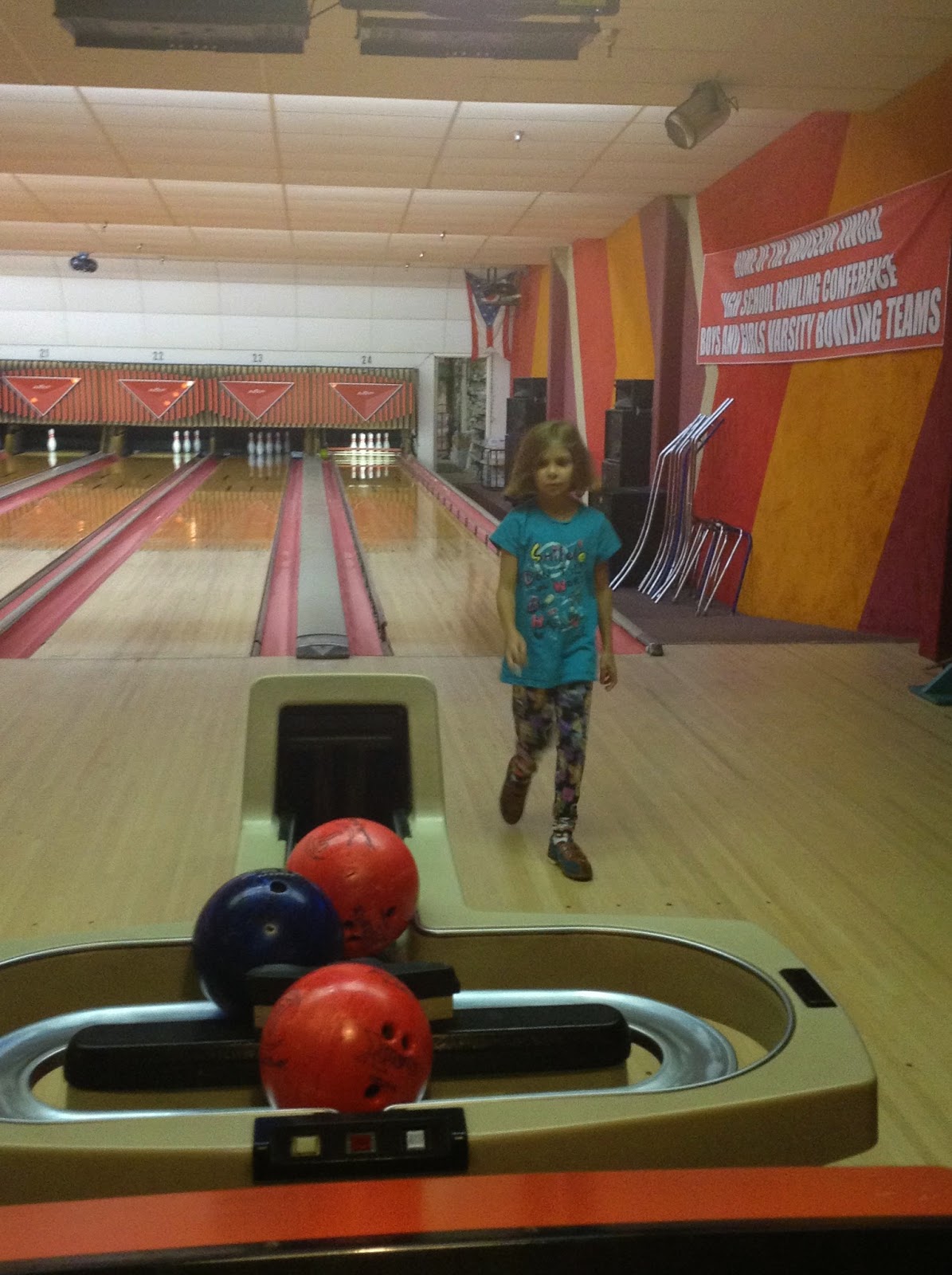 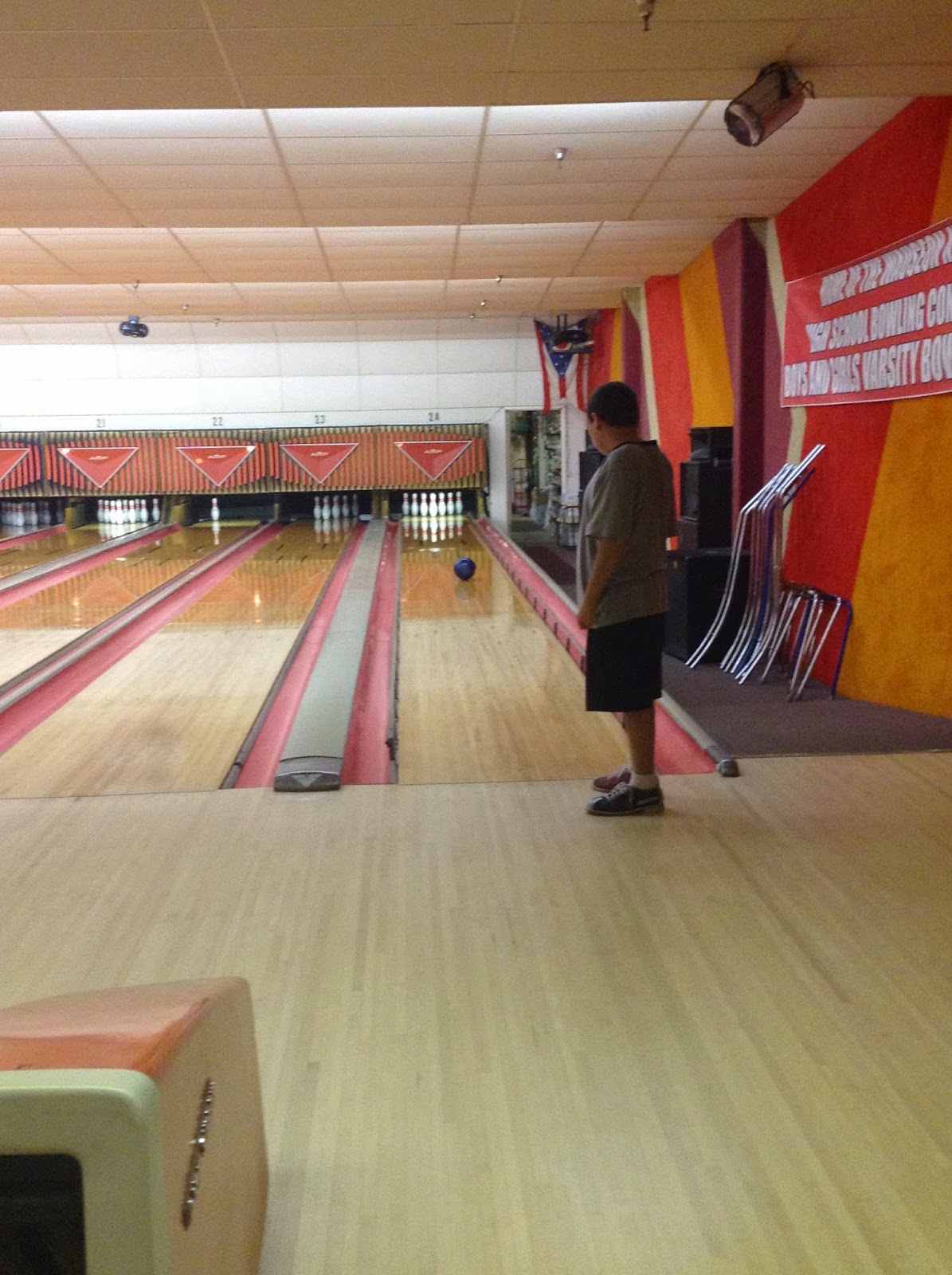 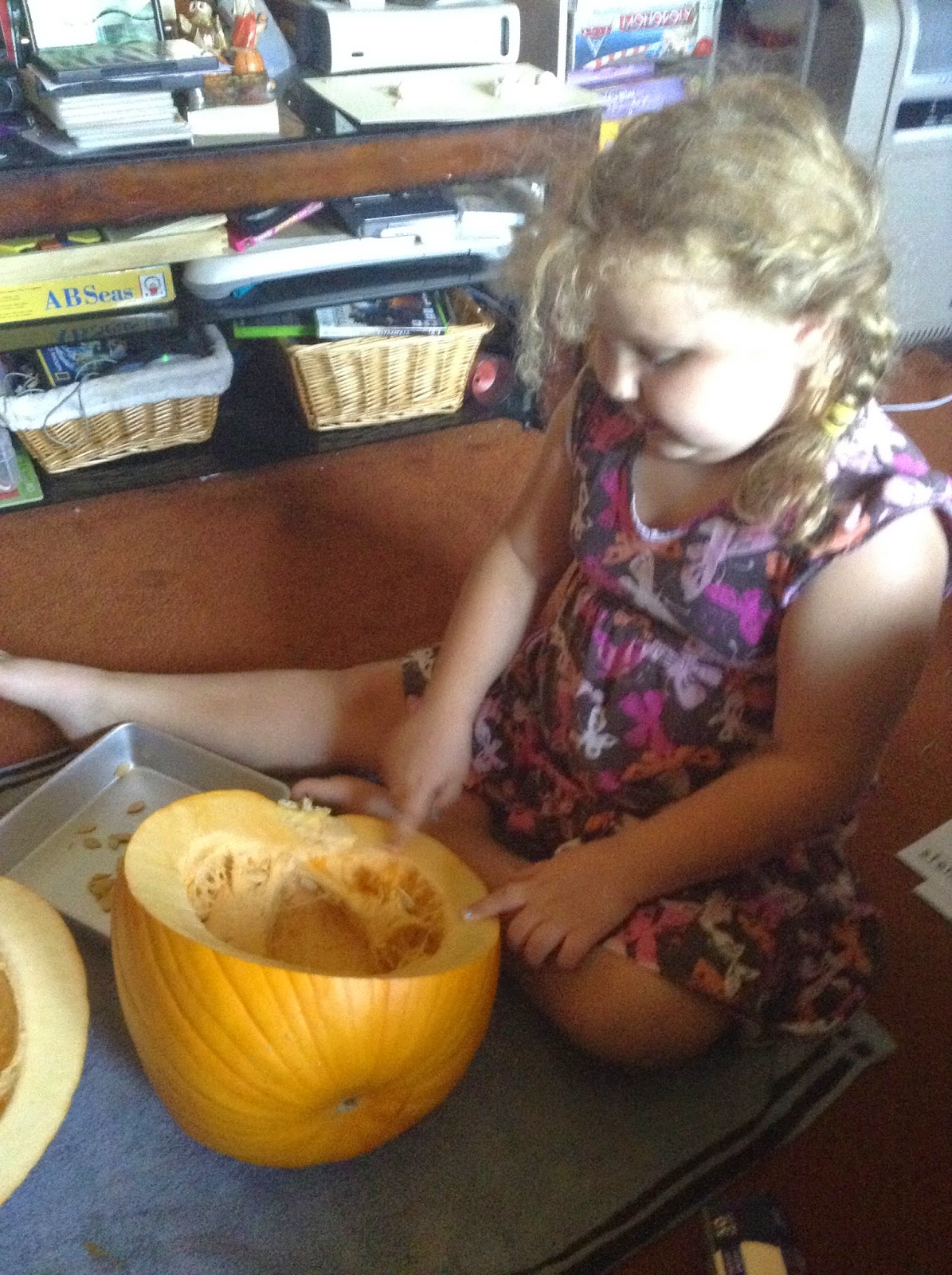 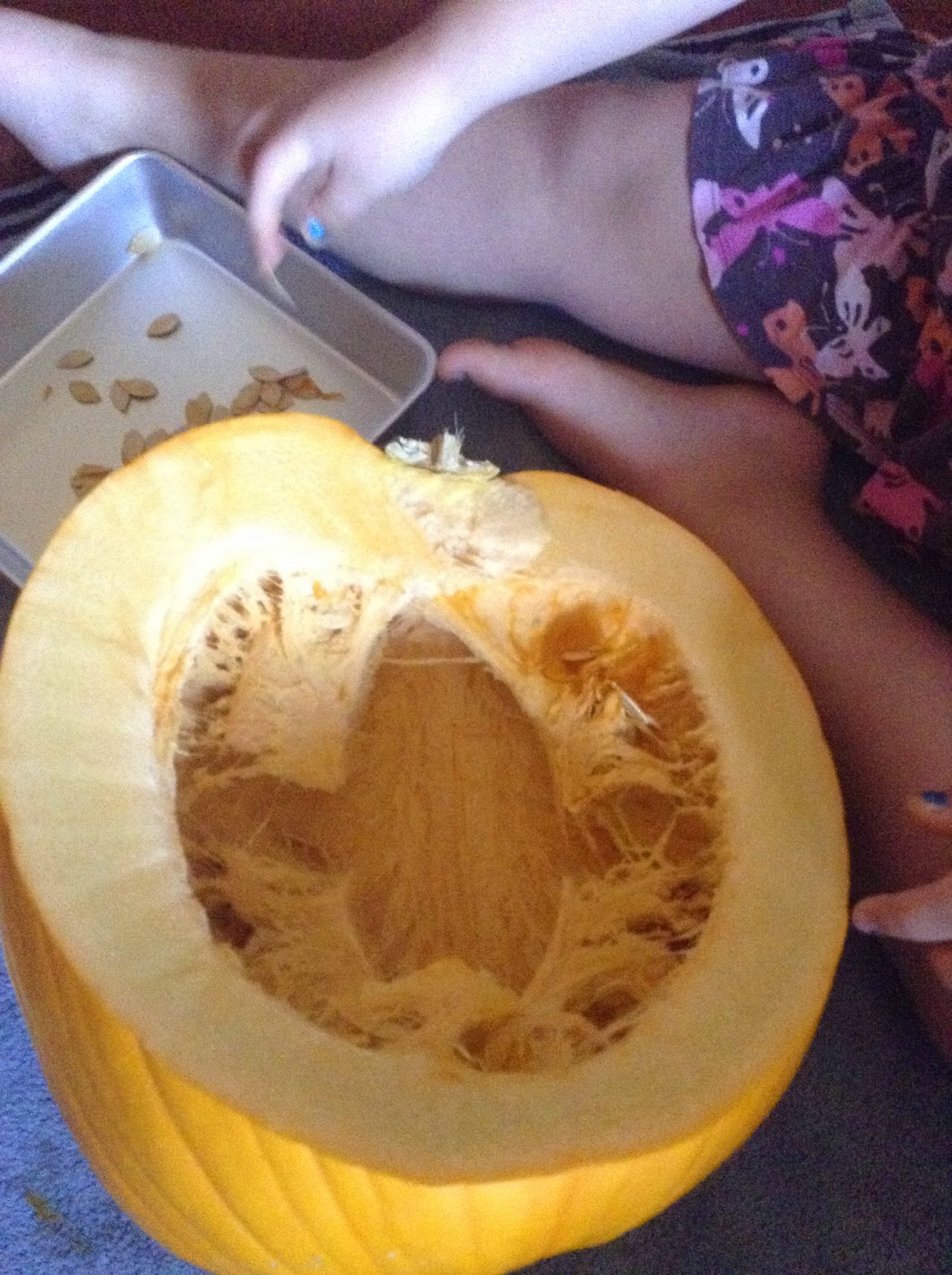 We got the another Goldie Blox set.  Caty has been begging for the dunk tank set.  I haven't gotten to play with her a lot with this new one.  She LOVES these! 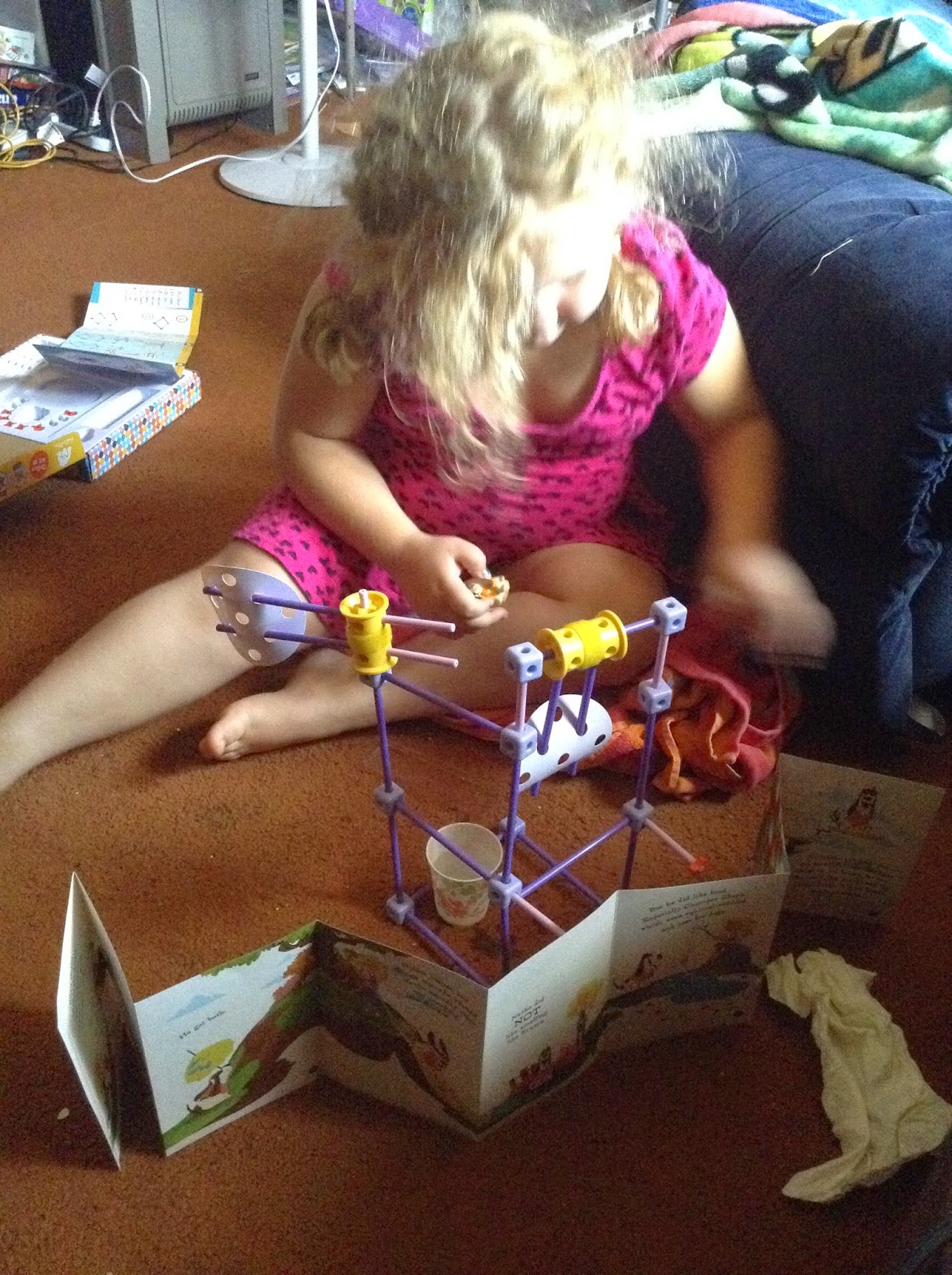 We had some essay items that didn't get done this week, so I put them on the next schedule.  It was mainly his Dr. Who History class.  Joey is struggling so much with essays that the thought of working on them cause anxiety issues, even with me typing them up for him.  But we did watch a cool documentary about Charles Dickens.  Wow!!  I learned a lot about him.

Oh well....it's another hurdle that we can climb over.  Brayden managed to stay under the radar.  He learned about penguins this week, while reading the Magic Tree House on Emperor Penguins.  He watched a science channel special on penguins too.  He also can tell me the first three Presidents of the United States, which is a huge accomplishment.  It's the little things....lol

We had a good week....and hope that we have a little better week this week.  As long as there's lots of cooking and a little bit of fun, we should be ok!

Posted by MommyKuehner at 10:47 PM