Well we are still chugging on in Lydia's studying for the spelling bee.  I have to say I am grateful for the WordClub program that we subscribed too.  Man has it helped free some time for me.

I have a game plan sort of in place for Caty right now.  I made her an appointment for some testing next month, when we could get in.  I really trust the dr. that we are taking her too.  I don't need items for an IEP or anything like that.  I just want to see if she is struggling in the areas I am seeing.  If she is, then we'll seek outside therapy if needed.  So I'm happy to have this sort of solved for the time being.  Now to just keep working with her and helping her improve on her weaknesses or find a way around those weaknesses.

We spent the week catching up on Street Science episodes.  We did some experiments with Oobleck since one of the episodes was all about this non-newtonian substance.  The girls had a blast and would've spent hours on this. 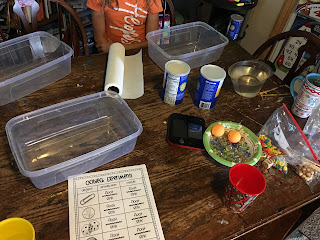 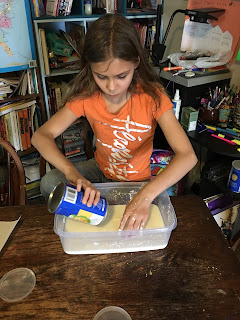 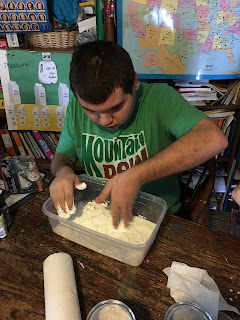 This is the pressure experiment.  If you jab at the oobleck with the point it literally just bounces. 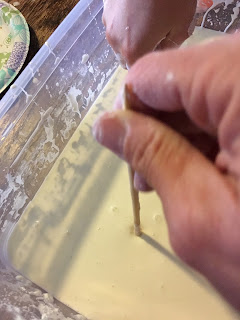 But if you rest the same point, the item will sink. 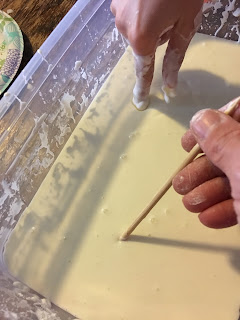 We attempted the stereo speaker experiment, but our speaker wasn't powerful enough to see a major change in the oobleck.  But we could see it slightly dancing and going from solid to liquid  due to the vibrations.

Caty tried the stepping on oobleck from the Street Science video. 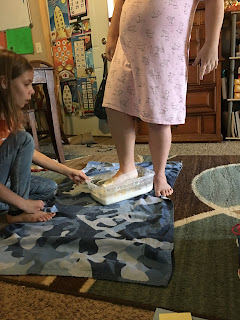 This week we have been visiting Scandinavia.  We went to Norway, Finland, Sweden and Denmark this week. 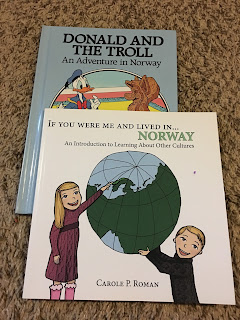 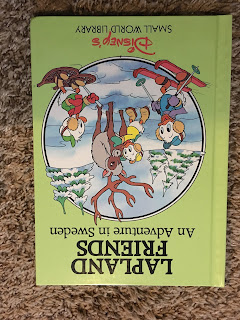 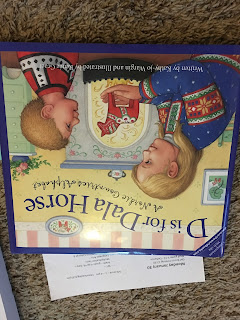 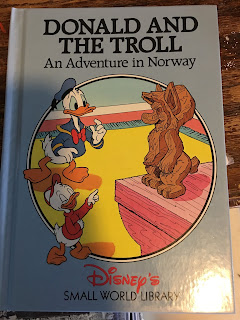 In Denmark we learned about Danish pastry and Lego... 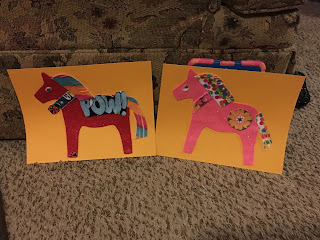 For our meals we had cinnamon rolls... 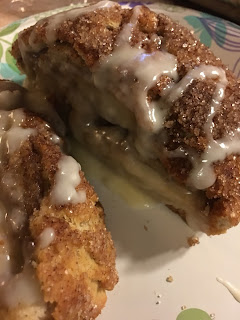 Finnish Potato Bread  with baked salmon for a lunch and of course meatballs for dinner one night. 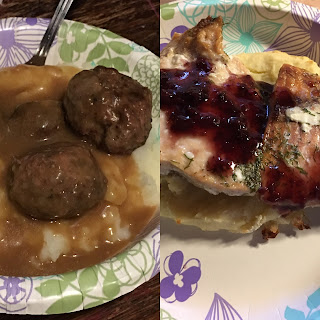 This week we continued our study of World War II.  We covered some Major battles and changes of weaponry in the war.  We also discussed the American "neutrality" as it was called and why America finally fully entered the war.  We were watching World War II in Color.  But I discovered a great show on Netflix that I liked better.  It's a multi-part series called Apocalypse:  World War II.  It wasn't as drawn out for the kids in each episode.  We also watched The Great Escape, which the kids got bored with, and A Bridge Too Far.

A friend of mine introduced me to Oliver Stone's Untold History of the United States.  We watched Episode 1 this week that connected into our World War II studies.  Next week we'll be watching more World War II Movies and finish the Apocalypse movie.  We'll also be covering the Holocaust and the end of the war.   We are also planing a field trip to a Holocaust Museum that opened a couple hours away in Michigan.

The kids started watching some of the Horrible History episodes I have been recording on TV.  We also discovered a bunch of them available on our Hulu.com subscription.  So I'm keeping those for a lazy day.

The older kids were working on multi-digit multiplication.  They are finishing this up this week.  Because next week, they will be tackling division.  Caty was working on her multiplication tables.  She is frustrated at not being able to remember the facts, which is one of her learning struggles.

The kids had their first basketball game this week.  I was so happy with all of them.  They played hard.  This game is a great game every time.  When we play this school, all the players want to see each other succeed.  If a player is struggling, they make sure to help them no matter what team they are on.  Brayden was helping a member from the other team make a basket, and a player from the other team helped Caty make a basket.  It was great to watch!! 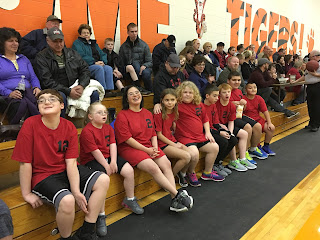 Brayden is struggling with walking and dribbling.  He was very proud of himself and we were too!  He has been practicing at home with a small beach ball. 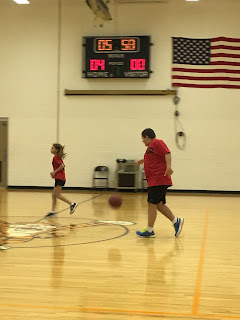 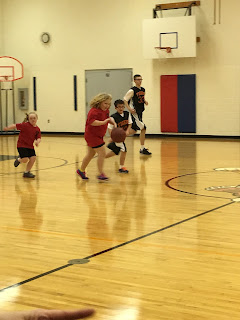 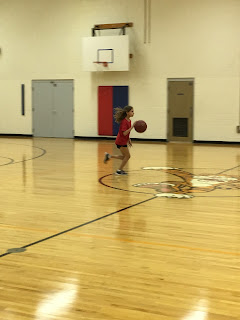 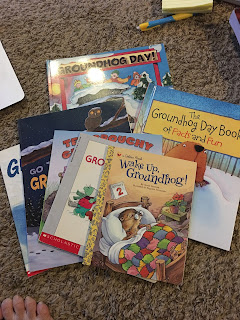 The girls had a scout meeting and Lydia learned some Irish dance steps since Ireland is our World Thinking Day country.  She really enjoyed it.

Lydia had her last spelling bee practice.  Next week is the Bee and I don't know how she really feels.  I know it's overwhelming for her to try and study all the 8th grade words.  But she held up pretty well on Thursday and tied with another student for 1st place in the final round.  So she was happy. 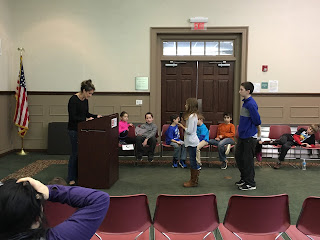 Brayden had his train club meeting.  They have a monthly contest.  This month it was a diorama contest.  He needs a lot of help to complete projects....but we came up with a Star Wars diorama.  This is him presenting his project at the meeting. 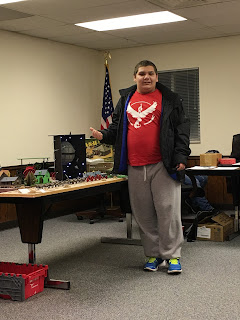 He tied for 2nd place. 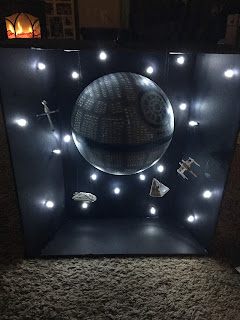 We have more basketball games next week, Spelling bee and a cheerleading event.  Plus our field trip to the Holocaust Museum.  I hope everyone had a wonderful week!  Hope to see you next week!

Linking up with other moms at Weird Unsocialized Homeschoolers.....