Fall tours, even though it doesn’t feel like fall…. 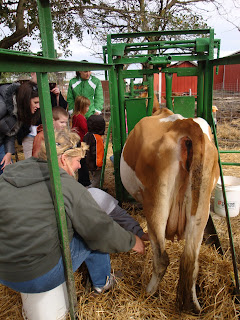 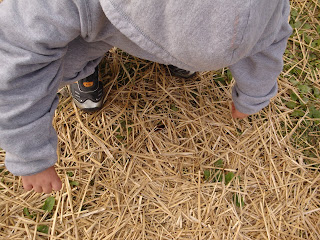 Joey has a fascination with wooly worms right now. I may have to incorporate some sort of science lesson this next week. 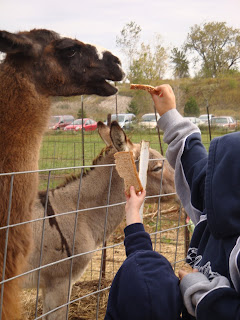 Brayden feeding the alpaca. By this point Joey was tired and hungry. He wanted nothing to do with anything but that wooly worm he found. 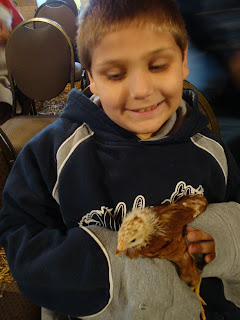 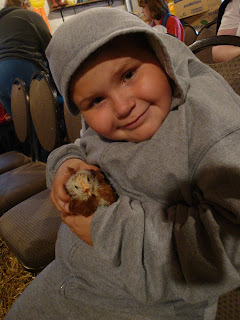 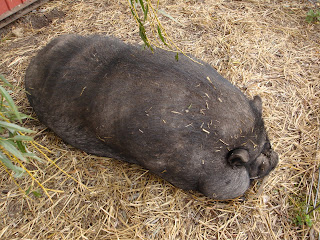 So this week in school we talked about farms. And not just about what we get from farms, but we really talked about certain animals. We were invited to go on a field trip to Genoa Country Tree Farms. It was fun to get that close to a reindeer. And we learned some new facts beyond what we had learned in our research and animal reports we had written. We had learned that reindeer grown their antlers new each year, but I didn't learn until that day that a reindeer could bleed to death if its antlers are cut or broken off before they are ready. We also learned that there is no such thing as a miniature pot belly pig. That all pot belly pigs are supposed to be huge, but their weight is controlled only by their diet. We saw a pot belly pig that was about 600 lbs. He was so cute! If a pot belly pig doesn't have rolls on it, then it's not actually healthy we were told.

The boys also had the opportunity to milk a cow. Well Brayden was not up to any new experiences that day, so he opted out of that experience. But Joey took a shot.

He stumped the lady…but it was her own fault. She said that they could not find a cow that actually produced chocolate milk. She said that if they could find those, in the winter she could have hot cocoa since milk comes out of a cow at 90 degrees. Joey looks at her and asked "Why she just did not create her own genetically modified cow!" She wasn't expecting that out of a 10 year old. He milked the cow though and said.."Wow that was some hot milk!"

They also were able to hold chicks and ducklings. They rode in a barrel ride and we even went on a straw ride to a small pumpkin patch to get a pumpkin.

I am so upset that my camera shutter just wasn't quick enough that day. I kept getting blurry pictures.

Joey found a kitten and all the kids seemed to be more interested in that than the other animals. They could hold the kitten though; they couldn't hold the pig or the deer though.


Joey was having a rough time by the end of the field trip, so he decided to not feed anymore animals until he got to eat his lunchJ! After lunch he felt better!

Posted by MommyKuehner at 7:00 AM