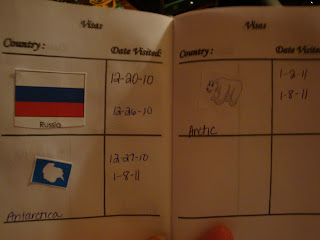 We have been visiting the Arctic Circle of our world this week.  Last week we learned about the South Pole/Antarctica area.  So we finished up with the top of our world. 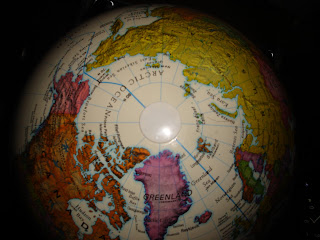 Have you visited Gamequarium yet?  Wow...all the Magic School Bus videos!  We watched the one where they visited the Arctic Circle.  This is the part where they were figuring out polar bear hair. 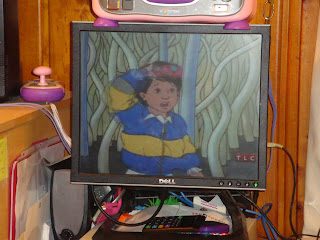 While they were watching this on the computer we built igloos out of sugar cubes.  It is amazing that a house of snow can provide so much shelter from the cold. 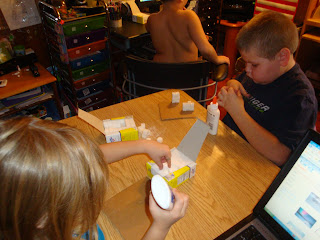 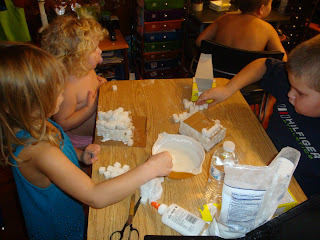 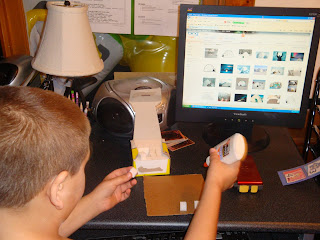 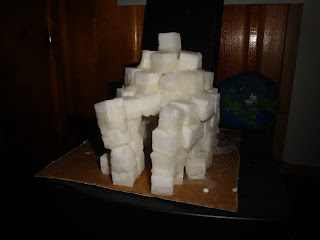 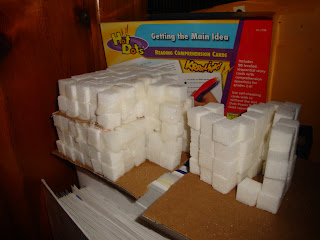 We also learned about penguins.  We know that they are a warm-blooded bird.  They have feathers.  The daddy penguins are in charge of protecting the eggs and their babies.  We also learned that most penguin species are black and white.  And a penguin does not fly, but they use their flippers to swim.  We watched March of the Penguins.  While we were watching this wonderful show on Netflix, we did this craft. 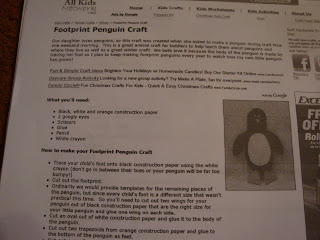 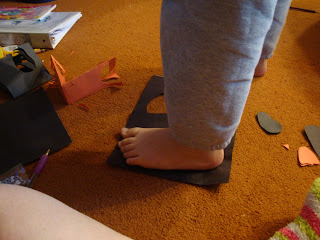 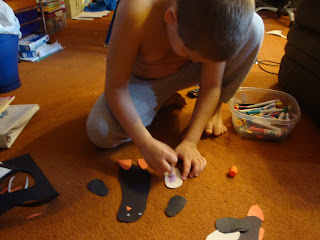 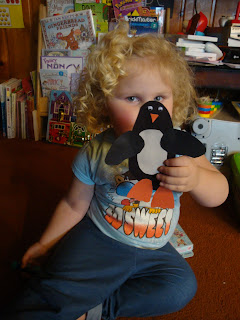 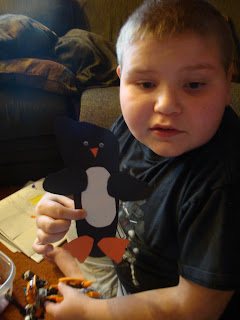 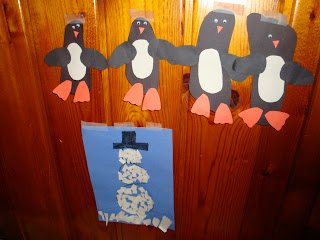 We also did the Continent Hop from Confessions of A Homeschooler.  I bought drawer liner to keep them from slipping on the carpet.  Lydia is taking skating lessons, but not that kind of skating!  It was like watching 4 Bambi's walking on ice before the drawer liner! 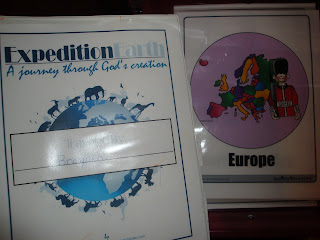 We also watched the weather stations in Tuktoyaktuk.   We talked a little about that show Ice Road Truckers.  I believe two seasons ago they drove on the ice road to this outpost.  And unlike Antarctica, it is colder in the Arctic Circle than it is here.  Antarctica has been hovering around the 25F mark and Tuktoyaktuk has been running daytime -10F.  But helped show summer on the lower half of our planet and winter on the upper half.

Next week we will be visiting India!!!  YUMMMYYYY!!!  It's going to be a tasty week!
Posted by MommyKuehner at 9:10 AM