So this month for World Travelers Club the country is Chile.  We feel a special connection to this country since my grandmother served as a missionary there in the late 1940s.  I went through my parents attic and came up with a couple really cool treasures and Lydia enjoyed seeing items that belonged to her great-grandma Lydia!  We even found their wedding album. 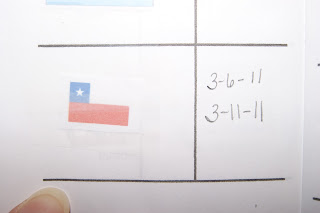 Our adjusted Chile notebook pages.  I list facts and pictures of the country and where it is located.
﻿ 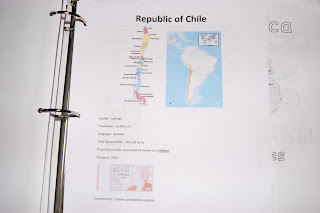 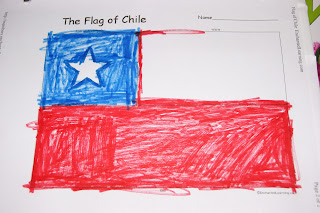 Things we learned about Chile:
Animals of Chile

Pink Chilean Flamingo  ---- It can be differentiated from these species by its greyish legs with pink "knees", and also by the larger amount of black on the bill (more than half). Young chicks may have no sign of pink coloring whatsoever, but instead remain grey.

Alpacas ---- Alpaca fiber is used for making knitted and woven items, much as wool is. These items include blankets, sweaters, hats, gloves, scarves, a wide variety of textiles and ponchos in South America, and sweaters, socks, coats and bedding in other parts of the world.

Llaca  ----  This mammal has dense and silky fur, of a light brown in its tummy area and grey on its back. It has a long tail, sharp snout and sharp teeth, and it looks like a small rat. It has big ears and you can recognize it because they have a dark spot around their eyes.

Pudu ----  The world’s smallest deer.   They are 13-17 inches tall and 33 inches long.  The Pudu is a timid animal, of nocturnal habits, it feeds on herbs. Females give birth to a single young, which is of a reddish color with white stripes down its thighs and the back. The stripes disappear after three months.

Coati ----Carnivorous mammal that also feeds on eggs and fruits. It has a long snout and a well developed sense of smell. It is highly sociable, especially in its youth. The adult male drifts off from the rest of the animals and goes back to the group in mating season.

Viscacha ---- They live in colonies of 10 to over 100 just like meerkats
We made the National Dish of Chile......Cazuela. 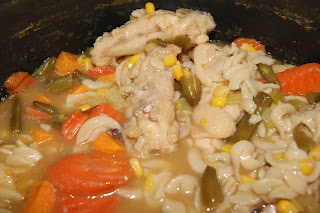 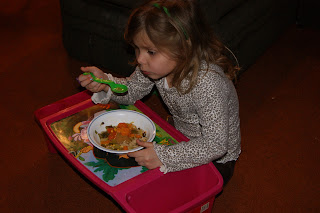 Even Brayden went and got a bowl.  It was basically a big chicken soup, but the chicken is left on the bone.  Not my favorite way of eating chicken soup, but it was still really yummy!!!!
A souvenier from Great-grandma Lydia.  Brayden will be talking about Huasos (wasos).
﻿ 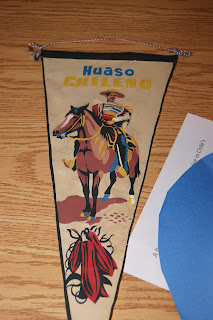 We quickly made a costume for his presentation.
﻿ 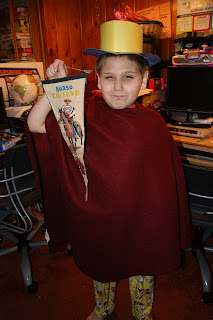 Lydia and Joey had more hands on projects.  Joey wanted to talk about Easter Island.  So he made monolithic statues like the ones found on the island.
﻿ 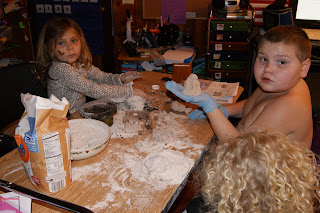 ﻿Lydia is making a model of an earth oven from mud we dug up under the snow in the backyard. 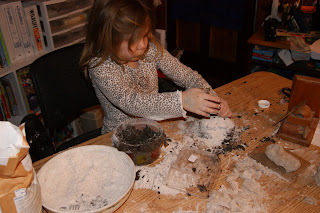 The book end brought back from Chile featuring an earth oven and Lydia's model she created:
﻿ 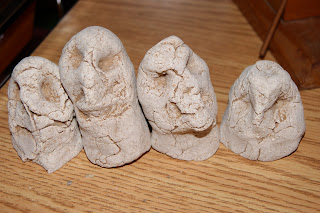 Next week we will be returning to Europe and studying Greece.
Posted by MommyKuehner at 10:45 AM