Which one is more excited?!?!

Joey has always wanted to win a trophy......always.  He dreams about it....talks about it all the time!  So last night at the 2011 Special Olympics Sports Banquet he finally won one!  And it was a TROPHY!!  But does he look excited??? 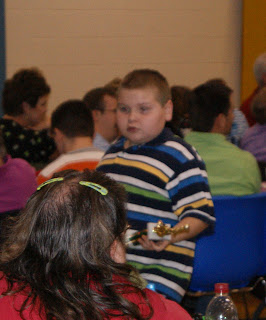 Now Brayden actually was called up first....Does he look excited?  He never really mentions something like wanting a trophy for Basketball. 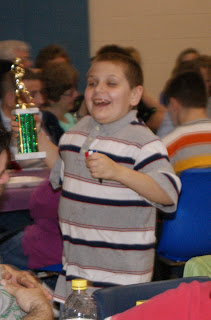 Brayden won for Most Improved Basketball Skills for School Age and Joey won for Best Hustle.  I wonder is that because he was the quickest to hustle and tell the refs and opposing coaches what they were doing wrong?  Joey is known for telling refs they have made bad calls.........What a season!

The boys were proud of their awards.... 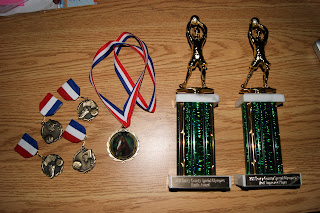 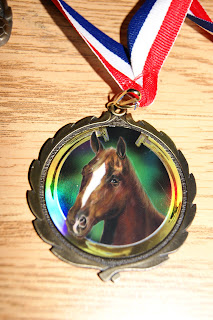 Posted by MommyKuehner at 6:27 AM