Our Weekly Triumphs and Accomplishments

What a week.  We had a bit of a relaxed atmosphere this week.  There were fights about Math.  Nothing new there.


This was part of an awesome deal I got at Goodwill on Saturday.  Joey is starting to like Lincoln Logs. They are different from LEGOS and he has to be more careful around his creations.  But's he's liking them even more. 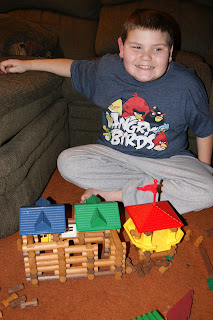 For school this week, we learned about Maple Syrup and how to make it.  That's another post for tomorrow.  We attempted maple syrup candy, and it didn't work out. 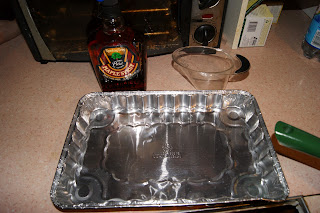 The girls rowed their first Five in a Row book.  We have used Before Five in a Row, but I decided to try one from volume 1of FIAR this week.  I think we will be switching between both books for the next few months. 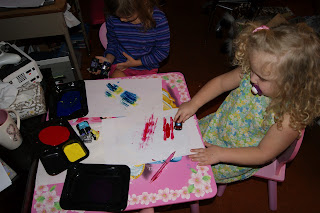 The kids were antsy as I worked between kids.  Caty especially, and so she and I read some dinosaur books and I dug out a dinosaur dig activity to keep them busy as I moved between kids.  We were going to start reading more about dinos anyway, I just started a bit early. 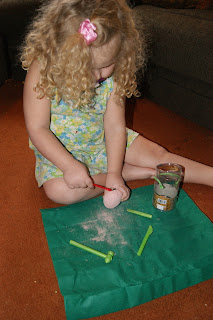 I found these cute pens at the Dollar Tree Saturday, and knew the kids would love them.  They though they were awesome.  Joey and Lydia use them all the time, but Caty and Brayden saved theirs for handwriting books. 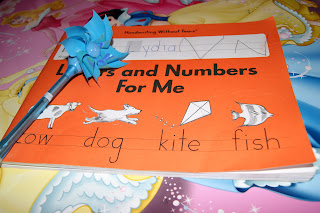 I printed these sheets from Montessori Printshop.  We have the other phonics cards (something I unfortunately lost within all the junk that we have and I need to sort through).  Now that Lydia is really grasping reading....YEAH....I pulled these out.  Laminated them.  And she is using a dry erase markers to fill them in. 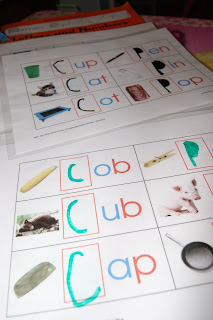 More dinosaur shots.  I had three eggs that they worked on.  Don't know how I ended up with only 3.  But even Brayden got involved in this one. 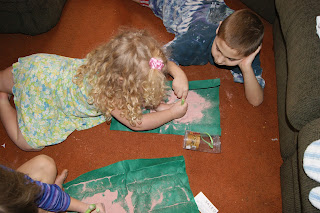 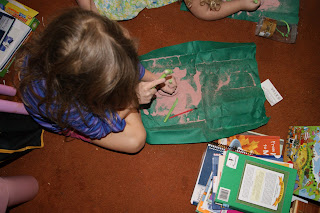 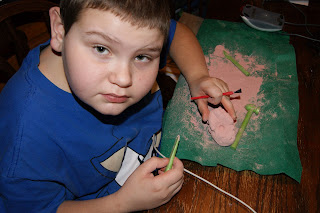 I let Lydia make lunch one day this week.  I measured out all the ingredients to get her started and set them on the counter....everything is here except the almond milk.  We had pumpkin pancakes and maple syrup. 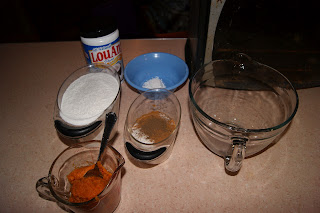 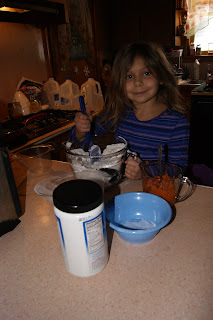 Here Lydia is working on reading/phonics.  We are using a combination of programs right now and I really like all of them.  We are using All About Reading Level 1, and online Reading Eggs and Headsprout.  I have the Tag Speller which she likes to use for letters instead of the other letter tiles that come with the programs. Sometimes we use the pen to help with letter sounds, but since she is getting more comfortable with sounds we don't use it as much.  The pen can become a huge distraction. 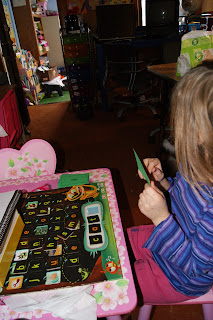 For Science this week, we started Supercharged Science.  I thought we would try it for a couple months and see how Joey enjoys this program.  This week we just mainly reinforced Scientific Method.  The experiment was to see how much water would fit on top of the penny until the "bubble" popped.  Then we changed the "variable" and tried a quarter. 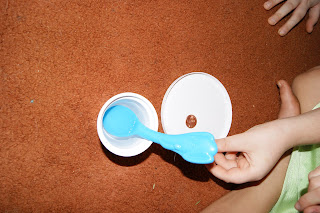 Lydia and I went to the Toledo Symphony Young People Concert Series for their "Feathers and Tails" concert.  It was a tribute to animal inspired music.  She had a lot of fun this time!  They did Peter and the Wolf also.  We had read the book and watched the cartoon on Netflix, so she could visualize the whole story while she was listening. 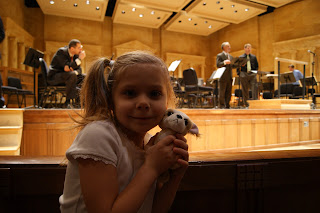 And then we visited the Family Center at the Art Museum for a few minutes where she made a craft. 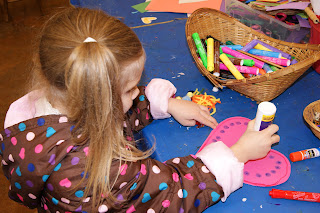 We took a couple weeks off from American Girl projects.  We still talked about Josefina every now and then if we saw something that reminded us of her.  But no major projects.  Our weaving did not go well at all.  It was sad actually, I need to practice more with her.


But this week, we talked about pottery and made coil pots. 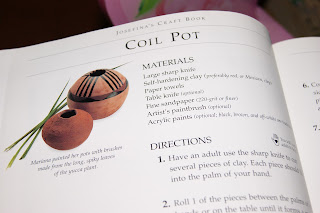 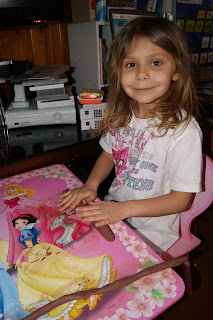 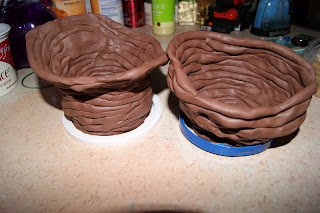 We also learned about how important sheet were for Josefina's family.  We finished listening to all 6 books now and she actually was answering questions for me.  I let her choose what our last square will be about next week.  Shhhh....it's a surprise....but it does have to do with the last book. 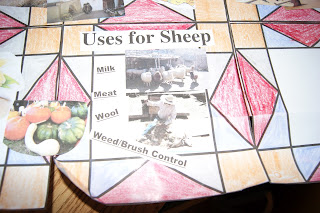 I forgot about this game.  I got a "new" desk off a local online garage sale group on Facebook, and when I was moving my old one found this game.  It's called Spot a Word and it's from Scholastic.  You have to pick two-different colored spots and see if the spots make a word.  Great reinforcement for her right now.  She had so much fun playing this and I had to make her stop playing because we had been playing so long and I had to work with Joey. 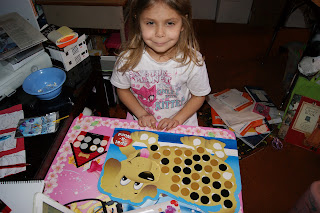 The girls started back ballet this week.  Here's our little ballerinas. 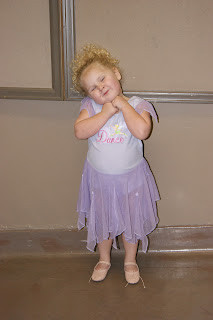 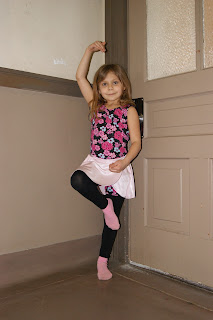 It was a fun week.  The one thing that I don't have pics of is from Health Class.  We are attempting a Gluten Free friendship cake recipe.  Not sure how it will turn out.  But the idea behind this is that we were reading about how we have good and bad bugs in our body.

Joey and I also started reading Woodsong by Gary Paulsen.  It was NOT a good fit for him.  He wanted to learn more about the Iditarod Race (yeah more about Alaska...lol), and since the race is coming up I said it was great.  I found two more books that were more kid friendly for his level and we started reading them.  He liked the new books better.

Linking up with other homeschool families at Weird, Unsocialized Homeschoolers.

Posted by MommyKuehner at 7:01 AM

Email ThisBlogThis!Share to TwitterShare to FacebookShare to Pinterest
Labels: weekly triumphs and accomplishments