After we visited Betsy Ross' house, we drive go by the Free Quaker House.  We didn't go inside, but this was her church...and an important part of her life. 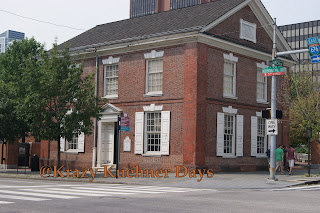 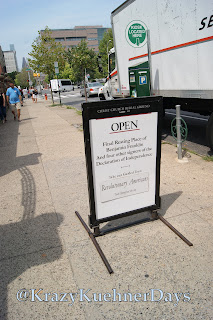 Next we visited the cemetary where Benjamin Franklin is buried. 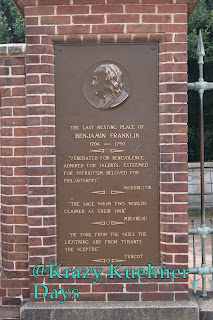 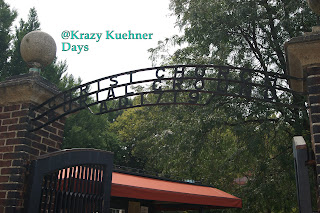 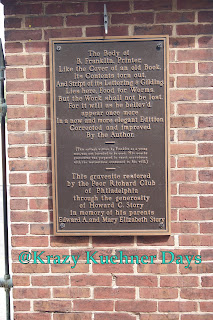 You do have to pay to walk through the cemetary, so many of the walking tours take everyone by the gate and they drop pennies on the grave. 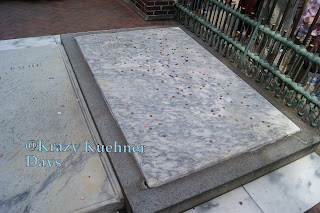 There were many unusual graves. 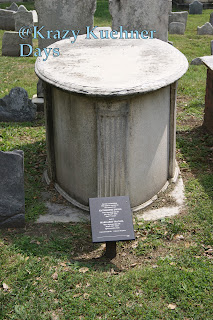 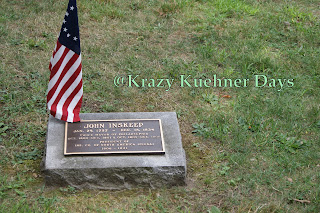 This person needed to be reburied.  Their above ground encasing collapsed and this is what remains of the original case. 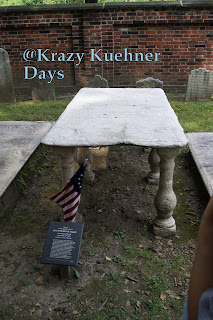 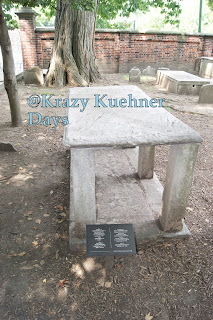 If not for plaques (usually paid for by relatives), we did not know who was buried in many of the graves.  The headstones were in disrepair...but considering they were over 200 years old it is understandable. 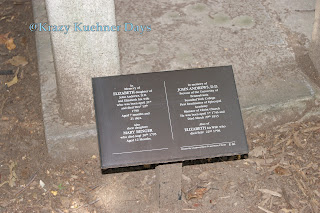 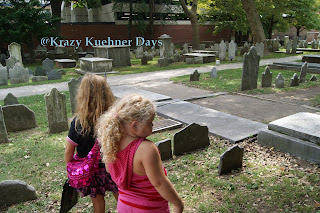 This...if you read our post on Betsy Ross, is the person who tried to get paid for designing the flag that Betsy sewed.  He was also a signer on the Declaration of Independence. 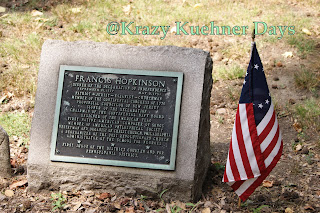 Another signer of the Declaration of Independence. 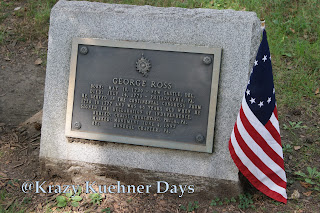 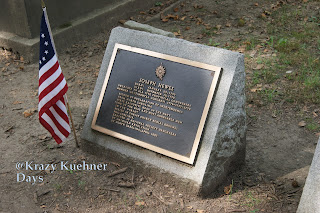 There were many unusual graves/headstones. 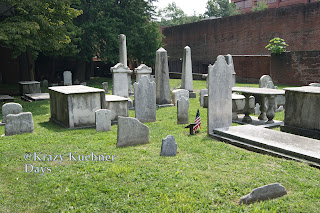 We even discovered some very recent burials here. 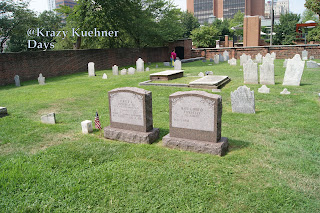 You can see from the weathering and age, there is a massive amount of restoration needed.  We were unable to read the majority of the headstones.  Many were collapsed.

Posted by MommyKuehner at 9:59 PM