Our next day in Philly, Daddy had to work, so we went exploring on our own.  We visited Betsy Ross' house.

Now there is some controversy about whether or not Betsy was actually the maker of the first US flag.  I have decided to not talk about the conspiracy with Joey....it's just not a good idea.  I told them that the main belief is that she sewed the first flag. 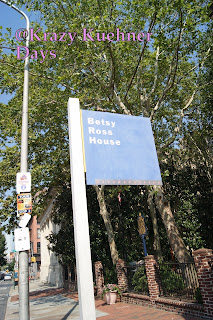 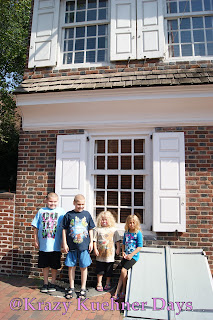 I reminded them that she is credited (like the sign said) with making....not designing the first flag.  She was a seamstress. 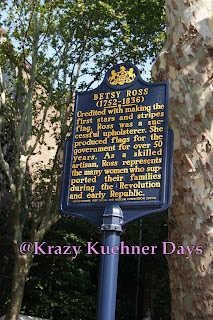 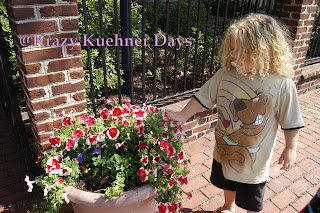 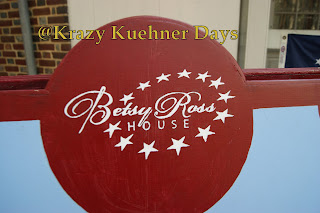 You cannot take pics inside.  But the website offers a virtual tour of the home.

We learned that several families actually lived in this house at the same time.  We also learned that she was an excellent at mixing home remedies to help people feel better when they were sick.  The had a really neat display of how women would mix up herbs and flowers to help people.  It was knowledge that was shared from mother to daughter, just like a recipe on how to bake a pie.  And just as important.

I did get a picture of this really neat copy of the family tree of Betsy Ross.  The original is in another location. 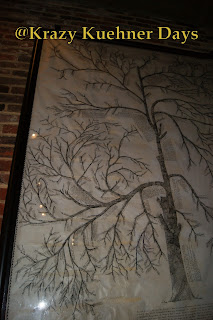 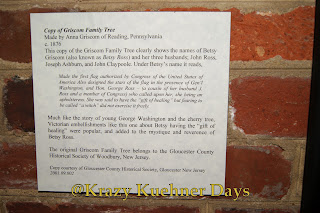 They got to meet Betsy, and Caty asked many questions about her husband and where he was.  They learned that she was married 3 times.  This may have been where her shop was.  We learned that when George Washington came to see Betsy and inquire if she would sew the flag, she could have been charge with treason.  So she most likely sewed in the privacy of her bedroom to keep the rest of the house from discovering her secret project.

Who knows....George Washington may have been standing in the same room that were were in. 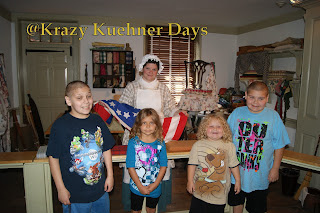 These are our postcards. 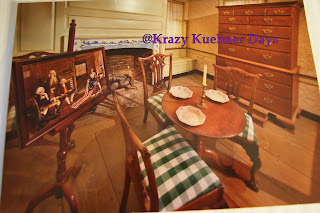 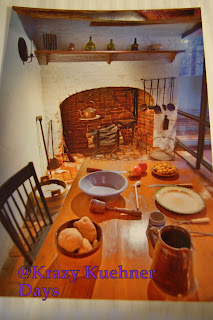 There is a neat exhibit in the lower level of the house with a kitchen set up for the kids to see if they could cook the way Betsy would have.  It had plastic food and older cooking utensils for them to use.

Another neat learning experience in Philly.....

Posted by MommyKuehner at 4:00 AM