We recently had the opportunity to review the Mattie Richardson's Horses in History Series from Author Mattie Richardson/Appaloosy Books.  Lydia has been in her element while reading this series, and had a hard time putting them down!

Mattie Richardson's Horses in History Series consists of four stories.
Each story is set in American history during various time periods.  They take place roughly in the early to middle 1800s.

In Dusty's Trail, Levi Anderson answers a job in the local newspaper.  He is very excited, but his horse does not share his enthusiasm.  Trouble arises and Levi is needed for important Pony Express business in dangerous situations, can Dusty be the horse he needs to be?  Can Levi complete his mission?

In the story Appaloosy, you are taken to the Nez Perce tribe.  They are known for their expert horse skills and breeding of this type of horse.  Storm is the horse that wants to be free of living with the tribe.  He wants to run free.  Storm quickly becomes friends with the young brave who becomes his owner, White Feather.  War erupts between tribes, and Storm is taken captive by white men.  His life does not become easy, as he is sold several times and finally makes a new friend in a girl named Faith.  How will Storm adjust with Faith when he is ripped from her again?  Will he finally get to roam the plains freely, or will he ever get to return to Faith again? 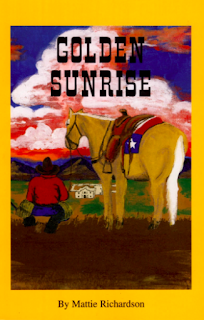 In Golden Sunrise you are taken to Northern Texas in the early 1800s.  Cheyenne (a Golden Palomino) and his............. owner Jared wants to be able to help Texas fight for their independence.  Jared joins the army, and is ordered to defend Fort Alamo.  War is frightening, and the duo makes new friends along the way including James Bowie and Davy Crockett.

Tucker and Shiloh are horses serving soldiers during the Civil War.  Day and Night is set during war time.  This story was one of Lydia's favorites.  There are many historical facts centered around the war and life during the war, both in camps and even in battles.  Day and Night also offers an extra enrichment guide that you can purchase to go along with the story.  It highlights comprehension, science, geography, and really helps to bring history to life. 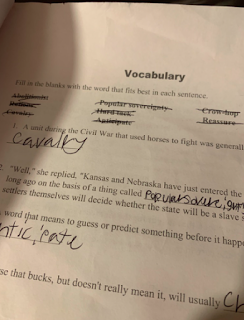 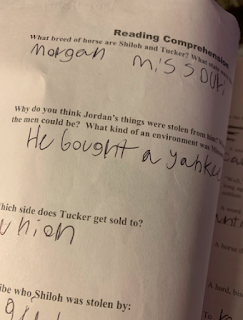 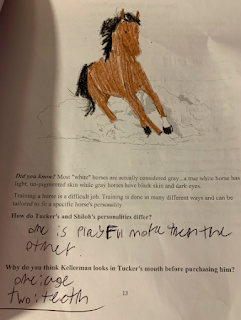 One of the activities in the enrichment guide was to make hard tack, something that was a staple in soldier's diets. 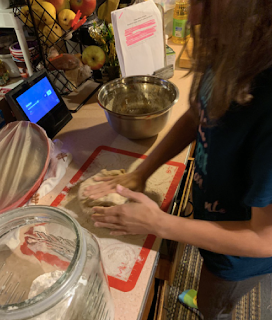 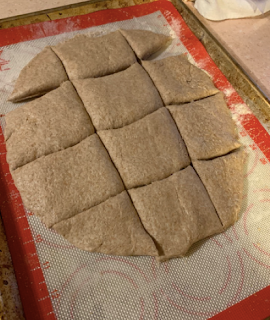 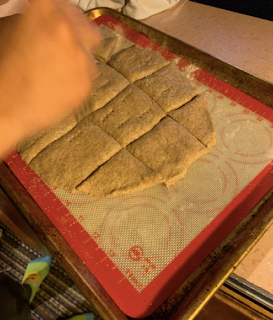 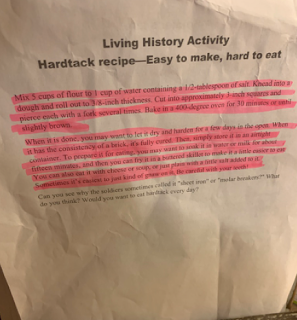 It was hard as a rock.  We tried to soften it up with milk for three days, and it never did get a good texture again.  It really gives you respect for all that soldiers needed to live through. 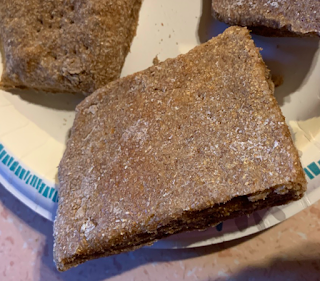 I really liked the layout of the enrichment guide and hope that Mattie Richardson writes one for each of the other books.  The extra research that was given really brought that time period more to life for Lydia.  Studying the soldiers life, learning about key people of the Civil War, and even looking more at maps was a great addition.

This being a horse series, Lydia was in love.  She loves all things horses, and she did not struggle reading any of the books.  Each book in this series, did not seem to be overwhelming to her to read.  They were written for a late elementary through a middle school reading level.  Which seemed to definitely fit into her reading level.  She read all but Day and Night within a couple days.  Day and Night we took extra time on due to the enrichment guide.

The books are well constructed and stood up very well to her carrying them all over in her purse, and the covers still look nice.  They are great for a casual read, or an even better addition to history studies if you are looking into those time periods.

Several members of the Homeschool Review Crew were given the opportunity review Mattie Richardson's Horses in History Series.  Click on the link below to see how they used this series in their home and with their families. Posted by MommyKuehner at 10:18 PM